Abyssmal Entertainment, an independent Horror production company, has put together a new Proof-Of-Concept Brand package for a potential feature length film, titled Fiend Fatale.
FIEND FATALE is a horror-adventure film, about five sisters, a vampire, zombie, werewolf, demon and mermaid. They were cloned from the DNA of extinct monsters raised in a laboratory, thrust into the modern world and must face off against the government, terrorists and themselves. 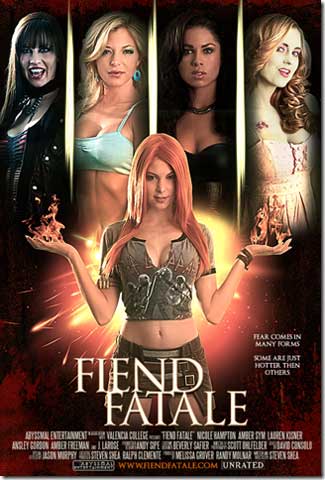 This project is the brainchild of Writer/Director, Steven Shea (2:22, Doomsday County, Hoodoo For Voodoo), who along with Producers Melissa Gruver (Paymon, Rockabilly Zombie Weekend) & Randy Molnar (The Tenant, Game On!), created a package including a Proof-Of-Concept Short Film (vimeo.com/69310074), a Comic Book and a Video Game App (Now available on the Google Play Store and Windows, and soon the Apple App Store).
The team is currently shopping the feature project to potential investors and studios. They will be around the country promoting the potential brand at events and conventions this summer including the San Diego Comic Con and Florida SuperCon. They are also doing a Facebook and social network push.
You can see tons of concept art, watch the short and read the comic at the official website:
Official Website: www.fiendfatale.com
Official Facebook Page: www.facebook.com/fiendfatalemovie
Proof-of-Concept Short Film: vimeo.com/69310074
Share