Home | EVIL DEAD Gets Its Date With Blu-ray

EVIL DEAD Gets Its Date With Blu-ray

All right all you Deadites, here’s the news you’ve been waiting for!

The EVIL DEAD remake will be hitting home video on July 16th!

IGN got the first word and according to the site, this is what we are in store for:

Based on Raimi’s 1981 horror classic and directed by Fede Alvarez, Evil Dead centers on five young friends who turn a secluded cabin in the woods into a blood-splattered chamber of nightmares after awakening an ancient demon. The ensemble cast includes Jane Levy, Shiloh Fernandez, Lou Taylor Pucci, Jessica Lucas and Elizabeth Blackmore.

Even got the cover art for ya! 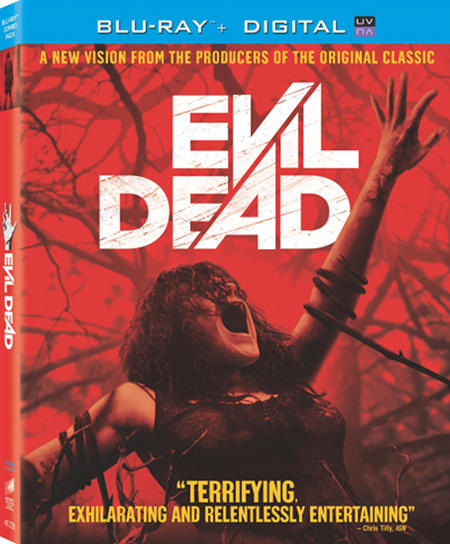 So, July 16th it is! Get that money ready, you know you’ll be buying it!