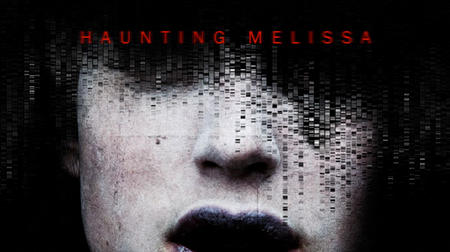 The way that entertainment invades your space is changing in this day and age and I suppose what I am about to report to you was inevitable. A stand alone horror serial is now available for your iPhone, iPad or iPod. It’s called HAUNTING MELISSA and it’s free and ready for your viewing.

The following press release contains all the info. I’ve already downloaded it, haven’t had a chance to watch it yet but I like what I’ve seen so far. Read on and then get busy downloading.

Hooked Digital Media, a next-generation production company, premieres Haunting Melissa, a horror story available now exclusively on iPhone, iPad and iPod touch. Designed specifically for a new generation of connected viewers, Haunting Melissa reinvents storytelling to engage audiences and keep them on the edge of their seats. The Haunting Melissa App takes viewers into the world of Melissa, a teenage girl who believes her recently deceased mother is haunting her.

“Haunting Melissa is a ghost story created to be consumed in a dark corner with headphones on and iPhone or iPad in hand,” said Neal Edelstein, president, Hooked Digital Media. “You never know when the next piece will come or how long that piece will be…it’s a complete surprise.”
The intuitive platform features an easy-to-use visual guide that includes a color-coded path to identify what has been viewed and what awaits. Haunting Melissa is also highly social — viewers can easily sign in through Facebook and alert friends they are watching Haunting Melissa, share theories, freak out and make predictions of what comes next.

“The amazing technology contained in the iPhone, iPad and iPod touch has allowed us to present stories in a dramatically different way. The technology supports story first and foremost. As viewers move further into Melissa’s world, they will understand why this new app technology will change distribution forever,” added Edelstein.

The Haunting Melissa App is available for free from the App Store on iPhone, iPad and iPod touch. The first chapter is free with additional chapters available via In-App Purchase.

A couple of trailers are available below: 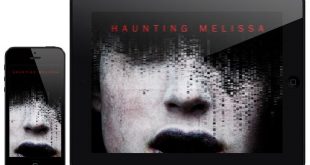