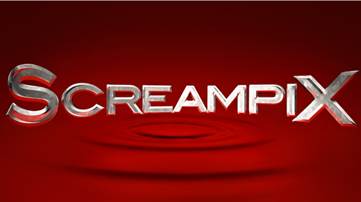 At SCREAMPIX subscribers will find movies in categories such as “Students Making Bad Decisions,” “Zombiepalooza,” “Tiny Little Killers,” “This Doesn’t Smell Very Good,” and “Women on a Rampage.” Other features include curating horror films in user-suggested “shelves.”

Ray Cannella, aka ‘Rayzilla,’ formerly of the SyFy and Chiller Channel’s original programming team, will be the face and voice of SCREAMPIX as well as Head of Programming. In addition to introducing movies, Ray will bring his unique expertise and passion for horror to the SCREAMPIX community. “I make no excuse for my love of horror movies” exclaims Ray. “I can’t wait to share my passion about the qualities, history and relevance of the movies. But even more, I’m LITERALLY DYING to interact with horror fans around the world!” Ray will also be interviewing horror directors and creators, as well as taking viewers behind-the-scenes of various movies.

“We are grateful to YouTube for the opportunity to provide SCREAMPIX with a platform that extends to a billion unique users per month,” added co-founder Kearie Peak (formerly of Electric Entertainment; Co-CEO and Head of Production for Solar Pictures). “We are in the earliest stages of our launch and we look forward to executing our ambitious growth plans.”