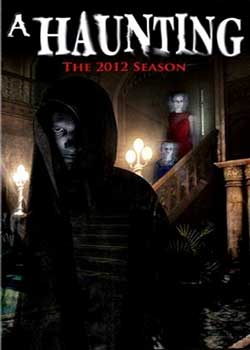 These chilling tales of the supernatural take you inside real-life horror stories, with each one-hour episode featuring eyewitness accounts and cinematic re-enactments of some of the most spine tingling and inexplicable stories ever recorded. You’ll meet Chris Gibbons, a Michigan attorney driven to the point of insanity by a ghost that has infiltrated his dreams; a stay-at-home-mom who enjoys taking walks with her children through her historic neighborhood, until something dark and sinister follows them home; and Victoria Dane, whose near death experience opens a door to a paranormal world that can never be shut. Episode by shocking episode, you will be stunned and astonished by these spellbinding tales of evil lurking in the most everyday places. By the end of each amazing story, you will experience an eerie feeling that life and death are stranger and more terrifying than you had ever imagined.

If you’ve never seen it, A Haunting is a TV series that depicts reenactments of actual paranormal occurrences. After debuting in 2005, it ran for four successful seasons on the Discovery Channel. (The show was even the basis for 2009’s The Haunting in Connecticut and its recent Georgia-based sequel.) Although the initial run ended in 2007, demand was high enough to convince Destination America to pick up the show for a new season last year. Due to the gap in time and change in networks, many fans may have missed the series’ revival. Thankfully, viewers can now experience the show on DVD, thanks to the folks at Timeless Media Group. 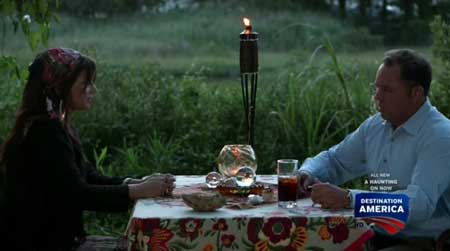 Despite the time that passed between seasons, not much has changed about the show. There’s a new opening, but otherwise fans need not worry about any dramatic alterations made to the formula. Each episode lasts about 42 minutes and focuses on a different, allegedly true story of unexplained occurrences, ranging from hauntings to possessions and exorcisms. The stories come directly from firsthand experiences and eyewitness accounts, which are then dramatized by unknown actors. In addition to the hammy performances, the cheesy computer-generated ghost effects take away from the inherent creepiness but add to the fun.

Season five consists of 10 episodes. “Blood Visions” kicks things off with the tale of a teenager who becomes the object of an entity upon moving with his family to rural Michigan. In “Angels and Demons,” a woman is forced to perform an exorcism after a demon takes residence in her new home. “Nightmare in Bridgeport” focuses on a paranormal investigator who reunites with a demon whom he befriended as a child. “The Allen House” details a family’s move into a haunted house. “Dark Dreams” follows an attorney who is nearly driven mad by haunted dreams. “Nightmare Upstairs” is about a family who is physically attacked by an entity. “Back from the Grave” finds a young family being contacted by several spirits from a nearby cemetery. “The Uninvited” sees an old bar haunted by a demon. “The Exorcism of Cindy Sauer,” as the title suggests, is about a woman undergoes an exorcism after becoming possessed by a demon. In the season finale, “Death’s Door,” a former addict conjures paranormal activity following an overdose. 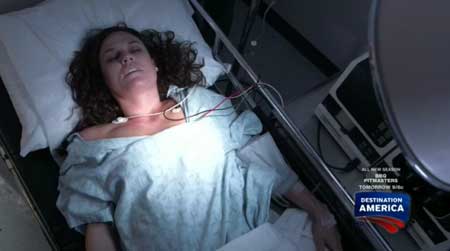 As you can probably tell, most of the stories follow a relatively similar format: a normal, unsuspecting family moves into a new home where they are confronted by a ghost/demon until they overcome it or move out. (You might be surprised to learn how many of these cases remain unresolved.) As such, watching all 10 episodes in a short period of time is not recommended. A better use of the two-disc DVD set is to pop on an episode or two periodically as a perfect cure for boredom. 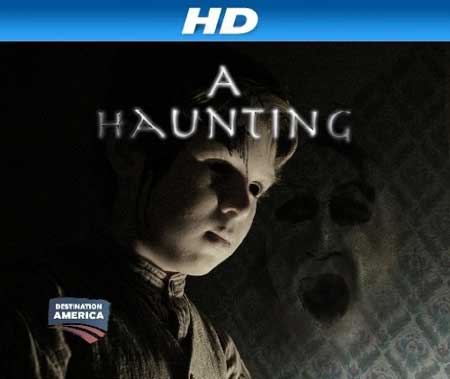 As with any television show that purports itself to be real, each “fact” must be taken with a grain of salt. The makers of A Haunting are up front about this; the back of the DVD reads, “You can judge for yourself; are they imagined, or are they real?” No matter which side you fall on, you’ll find something to enjoy while watching A Haunting. Believers will be engrossed by the firsthand accounts of supernatural happenings, while even skeptics will be entertained by the dramatizations. 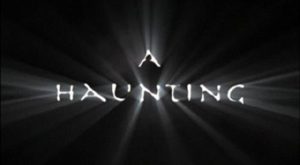 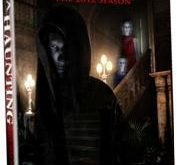 A HAUNTING Scares Up A DVD Release