IT’S IN THE BLOOD Is On Its Way To DVD

This one got my attention as soon I seen Lance Henriksen was in it, and I’m thinking the same will hold true for a lot of you. It’s titled IT’S IN THE BLOOD and it sounds pretty damn good.

The indie horror film IT’S IN THE BLOOD makes its DVD debut April 23rd from Monarch Home Entertainment. One year after a tragic incident tore their family apart, a grieving son (Sean Elliot) and his estranged father (Lance Henriksen – Aliens, The Terminator) embark on a journey into the wild to reconcile. When an accident leaves the father badly injured and strands them, it is up to the son to save them both. However, this wilderness is not what it seems, and as they deteriorate, so too does reality. Horrifying creatures, ghostly apparitions– are they all in their heads… or could the truth be far more terrible? 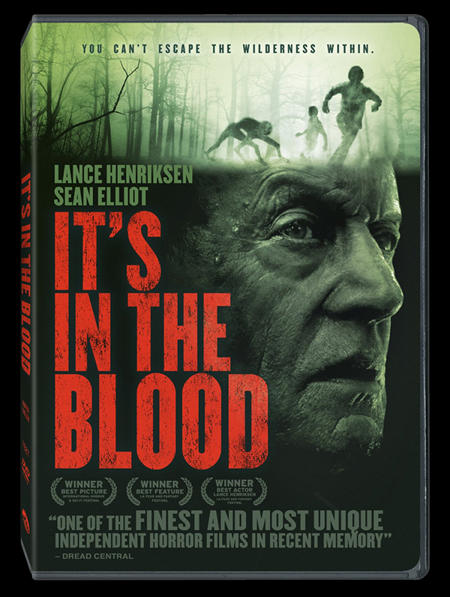 Tags It's in the Blood Lance Henriksen