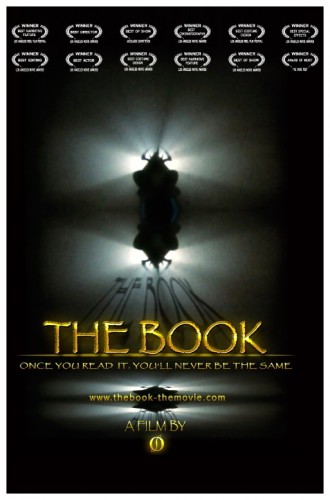 “In the year 2284, bestselling author Alexis is confronted by lookalike beings who intend to take over his identity and use it to publish their own book. Known simply as The Book, it is their means of saving humanity. Unpredictable but often playful, these visitors engage Alexis and his family in a wild and provocative chase.” (courtesy www.thebook-themovie.com )

Do you have an exact double somewhere in the world? There are many intriguing accounts throughout history of people who claim to have either encountered apparitions of themselves – their doppelgangers. ‘Doppelganger’ is German for ‘double-walker’ – a shadow self that is thought to accompany every person. Traditionally, it is said that only the owner of the doppelganger can see this phantom self, and that it can be interpreted as a harbinger of death. Occasionally, however, a doppelganger can be seen by a person’s friends or family, resulting in quite a bit of confusion. This double is indistinguishable from the real person and can interact with others just as the real person would. 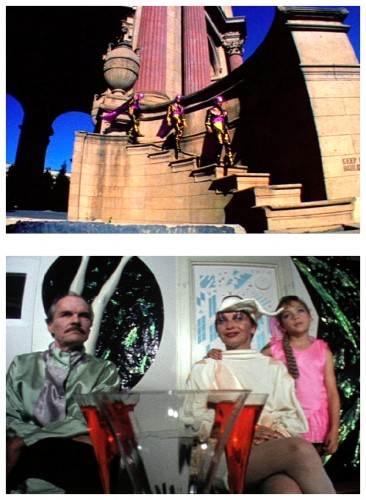 This is the dilemma faced by protagonist Alex (Stan Weston), the bestselling author of the late 23rd century. Alex and his family are confronted by doppelgangers from the 25th century who attempt to take over their lives and publish a lifestyle book that is specifically designed to dominate human society and our way of thinking – their means for saving humanity. Anyone who reads ‘The Book’ is permanently transformed by having their negative emotions erased. Envy, greed, fear and anger disappear, creating a new Utopian civilisation but, two hundred years later, a resistance movement rises and rejects this book, wanting to keep the entire range of human emotions intact. It is later revealed that members of the resistance are unable to read, which is why they haven’t been seduced by The Book. 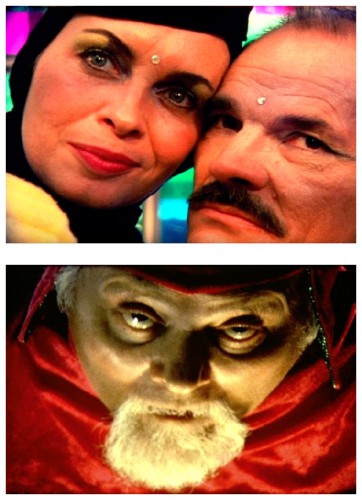 French-born filmmaker Richard Weiss (who goes by the symbol Ø) had an interest in art from a very early age, and has utilised his life-long talents to create a visually stunning movie called The Book (2010) subtitled They Came From Within. While science fiction films have become darker with disturbing images of a world without hope, Weiss has crafted a more optimistic future with plenty of influences from the past, evoking such illustrious filmmakers as Stanley Kubrick, Frederico Fellini, Alfred Hitchcock and Roman Polanski. It’s a suspenseful science fiction fantasy thriller with purposely kitsch stylistic visuals incorporating an existentialist message. But first-and-foremost it’s a weird kaleidoscopic view of an optimistic future which explores parallel universes, telepathy, time travel, subliminal manipulation and free will, all in a rather entertaining low-budget way. 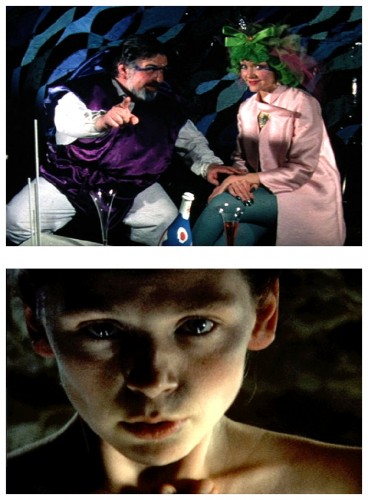 Described by Weiss as, “Buck Rogers meets Invasion Of The Body Snatchers meets The Secret,” this creative and unusual movie is the result of the filmmaker’s subconscious reaction to finding another person who shared his name in a phone book: “While searching for a name in the phone book, I stumbled on an entire page of people with my last name. Narrowing down my search, I found one with my first name as well. I wondered what he could possibly look like? Should I contact him? What about if I met him and he was my doppelganger? How would I react?” This led him to create The Book, which has since won many accolades and awards at festivals, prompting at least one enthusiastic critic to describe it as a potential cult classic. 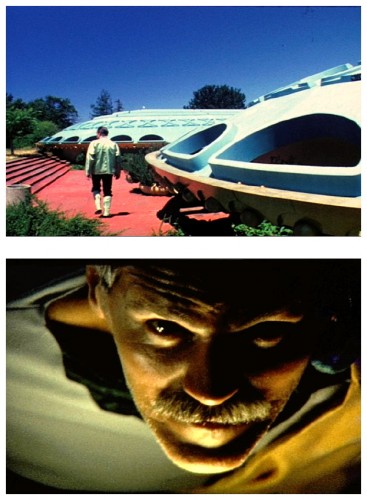 “I became bedridden for an entire week and drew pages after pages of seemingly unrelated sketches. When the fever receded I found that, when put together, these sketches fit into a storyboard, and the storyline recalled my earlier experience with the telephone book, but with a supernatural twist. I’ve always had a fascination with the subject of other dimensions, but also with subliminal manipulation of the masses. It was a subject I had developed in a previous screenplay. I’ve often asked myself if subliminal manipulation is not already implemented, judging by how easily people repeat word-for-word political or advertising slogans. Usually, such manipulation serves to control and enslave the masses. In The Book, the aliens use it to serve and uplift mankind. My previous incident with the telephone book had naturally morphed into a story of alien doppelgangers using subliminal manipulation to uplift humankind. I immediately loved the plot and decided to use it as my debut feature film.” 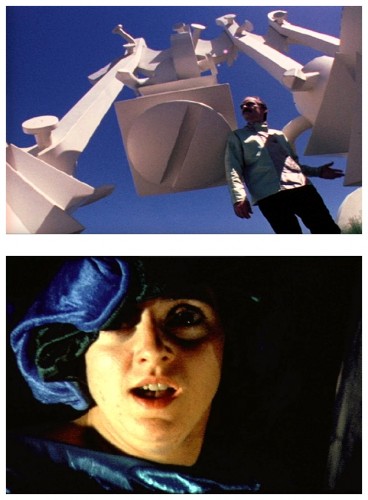 Weiss uses imagery, colour and composition to control the emotional reaction of the audience. It’s an overload of visual information and a combination of harsh lighting, wide-angle lenses and low-angle framing. Production took place over twelve months, with interiors filmed in Marin County and Oakland, and exteriors were filmed in and around the San Francisco area. The lengthy production time was mainly due to a major interruption when a fire destroyed the sets. The film also provides an unusual perspective on the struggles of good versus evil. The aliens use extreme methods to manipulate humans that could be viewed as evil, but their actions are performed for the good of humankind. In the world of The Book there is no good-and-evil, nothing is clearly black-and-white, and protagonists can just as easily become antagonists. 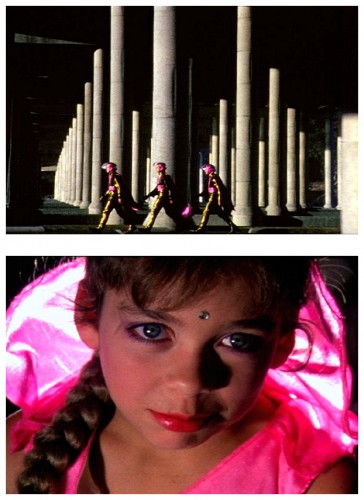 The acting talent involved comes mainly from a theatrical background. Stan Weston, who portrays both the troubled bestselling author and his conniving doppelganger, once starred in Eugene O’Neill‘s compelling monologue Huey. After winning much acclaim, Weston moved to Los Angeles to act in such films as The Power (1984) and Torment (1986), and produce such films as Vision Quest (1985), Gardens Of Stone (1987) and The Shadow (1994). Marlene Ryan, who plays the overbearing wife and mother, was running an acting school before becoming involved with The Book. She doesn’t actually do anything unlikable, yet still manages to make your skin crawl at the mere sight of her. The late Dennis Duggan brings all of his Actor Studio training to portray the overly-enthusiastic publisher, who also acts as the film’s comic relief. Duggan was instrumental in the making of The Book, and encouraged Weiss to take up filmmaking in the first place. 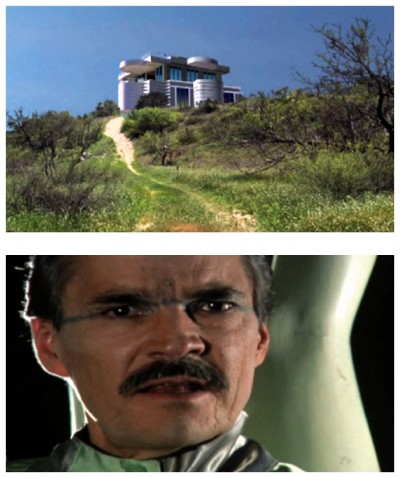 Before The Book, Weiss directed music videos which garnered international attention, gradually moving into composing music for films until he got the idea to write and direct The Book. Unlike many first-time filmmakers, Weiss found the transition to feature length projects quite easy and has plans for two more: Mayhem is intended to be a family-oriented comedy involving six characters in search of an exit: a movie star, a gypsy, a magician, an elephant, an automobile and the angel of Death, and will be made using both live-action and computer-generated imagery. Pandemonium is described as Peter Pan (1953) meets The Wizard Of Oz (1939) with princesses and pirates, cowboys and indians, fairies and party-people, all living out their adventures simultaneously on the screen without being aware of each other. It’s intended to be a fun visual trip to the wild side of life accompanied with some very catchy tunes. But that’s another story for another time. Right now I’ll quickly make my farewells, and ask you to hit the road with me again next week while I drive you to delirium to witness another car crash on the gridlocked streets of Hollywood for…Horror News! Toodles! 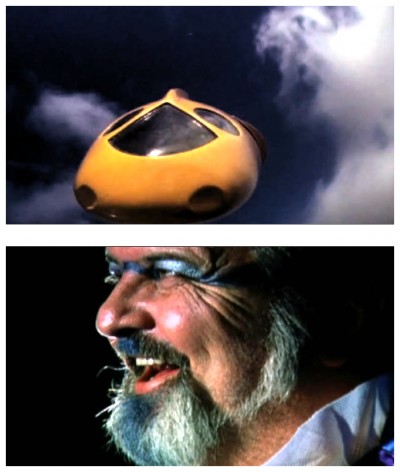