News on a new release just on the horizon.

The Book: They Came From Inner Space is a new fantasy thriller written, directed and produced by Ø. The visually startling feature-length film has been said to possess cult classic potential and has already garnered 13 film festival awards.

The film transcends the sci-fi & fantasy genre into a hybrid of its own, a futuristic fable that explores the theme of duality. The story takes place 200 and 400 years in the future, in a world where humans face alien “replicants”—each alien is the exact physical copy of one person in the world. Not only are the aliens trying to usurp the identities of their human look-alikes, they are also trying to push humans to read “the book”, a potent instrument of alchemy that automatically neutralizes negative emotions in whoever reads it. Through “the book”, the aliens are trying to realize their vision of Utopia. The film centers on the humans’ resistance to living in an aseptic world. The movie also challenges assumptions about “good” and “evil” and poses such interesting questions as: “What if genuinely good intentions hide behind seemingly devious actions?”

The movie’s uniqueness comes not only from the highly original storyline, but also from the stylistic vision that guides its stunning, colourful visual identity. The movie’s comic book flair has already captivated audiences on the film festival circuit, eliciting praise. It has been called a visual sensation and described as being “saturated in the 1980’s fantasy aesthetics that are reminiscent of Terry Gilliam at his adventurous best.”

Richard Weiss Productions
The Book is a Richard Weiss production. Richard, also known as Ø, was an accomplished graphic designer before venturing into the world of filmmaking. Prior to making The Book, Ø directed Chemical Syndrome, a music video that received worldwide critical success. Ø wrote, directed, produced, and financed The Book, and worked with a cast and crew from the Bay area. A prolific writer, Ø already has two new screenplays that are ready to be made into films—two family-oriented absurd comedies. 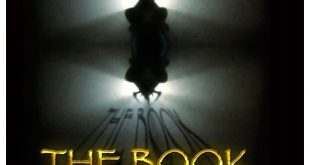