Actress Caitlin Gerard attended UCLA where she majored in English with a concentration in creative writing. She is multilingual, fluent in German, French and English. She also attended the Lycée International of Los Angeles for many years, then graduated from Malibu High School in 2006. She had small roles in “The Social Network”, “The Awakening” & “Magic Mike” but now she’s headlining in the just released to home video “Smiley”. She plays Ashley, a mentally fragile teen who’s discovered a new urban legend who has no features except for a carved in “Smiley” face. Now she has to figure out if she’s just losing her mind or about to lose her life! The lovely & talented young actress took a few minutes out of her busy schedule to speak with me about working on “Smiley” and what’s next for her in her burgeoning career.

Horrornews: What was it about this script that attracted you to it?

Caitlin Gerard: What attracted me to the script was the relevancy of the issue. Smiley, a viral serial killer spawned my hackers, reflects the serious issues of online bullying. It was a clever tactic to address the rising issue of silent online harassment by creating a murderer that resembles the age tale of Bloody Mary. Therefore a traditional tale was spun creatively to explore contemporary issues of maltreatment and violence that exists in a fairly new realm and, like with Smiley, people aren’t quite sure how to deal with it yet. 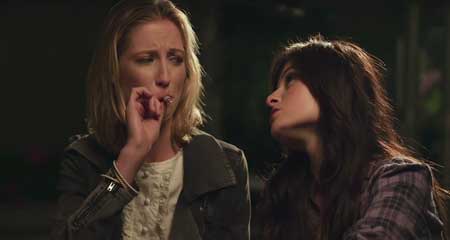 HN: How much about “Internet Culture” do you know? Did you feel comfortable voicing some of the more technical dialog?

CG: I do a lot of research for parts I go out for, but for Ashley, I chose not to explore the viral world. It was actually an interesting process, I was only vaguely familiar with the viral issues discussed in Smiley (like 4Chan, Lulz, and so on) but because the character of Ashley is entirely naïve and unaware of these viral communities, I deiced to keep myself fairly removed from discovering more about the internet culture so as to preserve Ashley’s innocence. 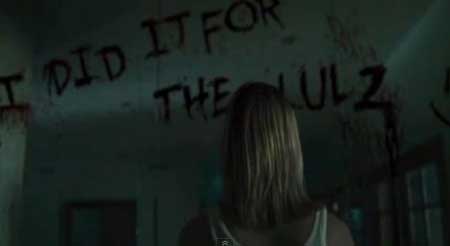 HN: How did you feel about the ending of the film?

CG: I thought the reveal of Smiley’s identity was great, that made the whole point of viral bullying a reality. I don’t want to spoil the very end, but I think it opens another chapter, it makes Smiley a myth or a legend, and at the same time addresses the issue of viral bullying spinning out of control and taking on a mind of its own.

HN: Did you have to audition to get the part?

CG: Yes, I did audition for the part. It’s always fun to go in and play someone so different from yourself. Whether you get the part of not, being able to transform into a new identity, even if it is only for a brief moment is exciting. And then every once in a while the hard work pays off and you get to really delve into a character and explore their world. 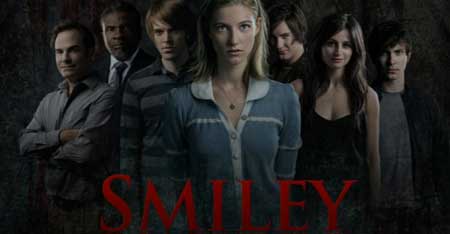 HN: What was it like working with a first time film director? Any stories?

CG: Well, Michael Gallagher and I were kind of in the same boat. It was his first time directing a full-length feature film and it was my first time playing a lead role. So we were both experiencing something great for the first time, and that was really awesome. I mean, filming Smiley was crazy, we shot it in 15 days with a very minimal budget, and when you are in an environment like that, it really shows people’s true colors. Michael was so fun and great. We barely took more than two takes, but we would always joke how there was such a fine line between shooting horror and comedy. So between takes we would goof around with the dialogue as if we were shooting a really cheesy comedy or something and it would freshen things up before we would get back into some serious screaming again.

CG: You know that is a very good question. I like leaving movies or ideas with as an open-ended question. A sequel would be fun, but I think it would take the story in an entirely different direction. But who knows, for now, it is all a mystery. 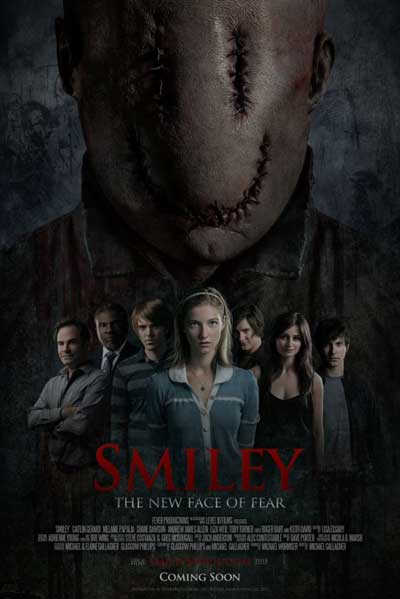 HN: Where on Earth did you learn how to scream? You have the best scream I have ever heard in a movie. Ever.

CG: Hahahaahhah. I have no idea. It was actually kind of crazy. Sometimes when we were shooting and I would scream, the HD camera would drop frames. The frequency or pitch of my cries would mess with the camera. No idea how that happens, but I thought that was pretty cool!

HN: What’s next for you & that amazing scream?

CG: Well, my voice has had to take a break from the screaming. But, screaming aside, I am starring in a MTV comedy series along side Bo Burnham in “Zach Stone Is Gunna Be Famous”, which should air in the spring sometime. And in the meantime I’m back at school at UCLA finishing my undergraduate degree in English and creative writing. 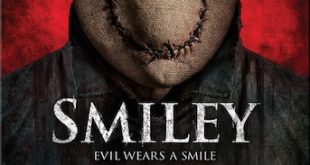 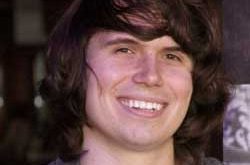