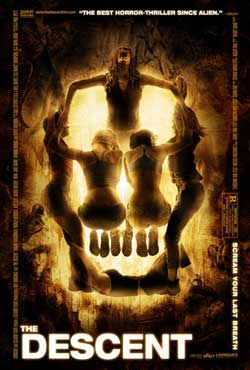 A caving expedition goes horribly wrong, as the explorers become trapped and ultimately pursued by a strange breed of predators.

Who couldn’t love a horror movie involving six beautiful women battling against angry mutant creatures (known simply as ‘crawlers’) in a fight for their lives? This film was a delight to watch from beginning to end, there was the perfect balance between the chaotic fight scenes and the tense discussions between the group, absolutely frantic and desperate as they decide what to do to get out of this disastrous predicament. We all know what women are like, and it was pretty much inevitable that some bickering would take place, but these weren’t just the usual clichéd women that feature in other horror movies. What I loved about The Descent is that it had a very realistic feel to it – I believed everything I saw. And this is what makes it truly terrifying. 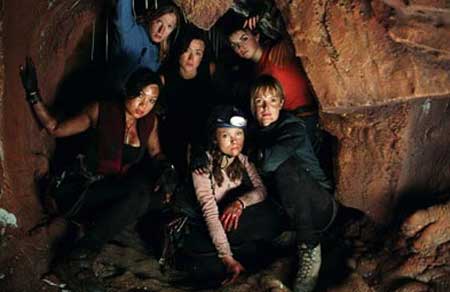 Directed, written and edited by Neil Marshall (who also directed Dog Soldiers & Doomsday), it quickly lead to the acknowledgement that he is truly one of the top British filmmakers in the world of horror (however, he is slightly hesitant about being stereotyped as purely a ‘horror’ director). Although The Descent didn’t do so well at the box office (mainly due to its release being the same week as the 2005 London bombings, which is unfortunate), it has since become considered a classic by many, filling many ‘top horror film’ lists, as well as making a significant profit (leading to the creation of the much anticipated sequel, The Descent: Part 2 in 2009).

The first section of The Descent focuses purely on the fear of the cave itself, full of its dark crevices, shadowy corners and unsteady surfaces. The title of the film, though, refers not only to their journey through the cave, but the characters slow descent into madness, because little do they know that their caving experience is going to get a lot nastier than mere rocks! The darkness itself can have a strange effect on a person, and I love the fact that this is explored as well as the typical horror stuff. A quote from the director states that he ‘really wanted to ramp up the tension slowly, unlike all the American horror films you see now. They take it up to 11 in the first few minutes and then simply can’t keep it up. We wanted to show all these terrible things in the cave: dark, drowning, claustrophobia. Then, when it couldn’t get any worse, make it worse.’ This gradual pacing in The Descent really works wonders at luring the viewers in and getting under their skin. Although it is not until 45 minutes into the film that there’s even a glimpse of a crawler, that suspicion is always present in our consciousness – something’s not right here. 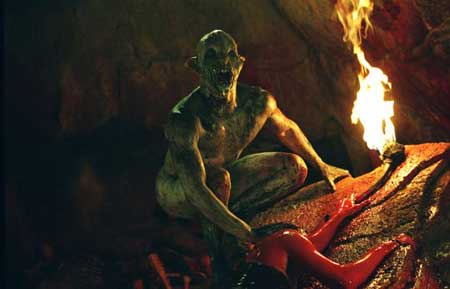 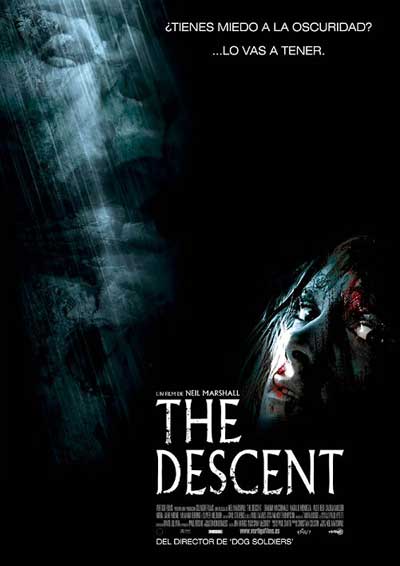 And then things really start to kick off with the arrival of the strange mutant creatures, perfectly adapted to living in the caves and hungry for human flesh. Apparently, the cast members did not actually get to see what the crawlers looked like until they filmed that first encounter, resulting in genuine fear and screaming from the women. This is yet another example of how the realism of the film really enhances the viewing experience. Ok, so the caves are all indoor sets and sometimes there’s an issue with the lighting, but ultimately the authenticity shines through. 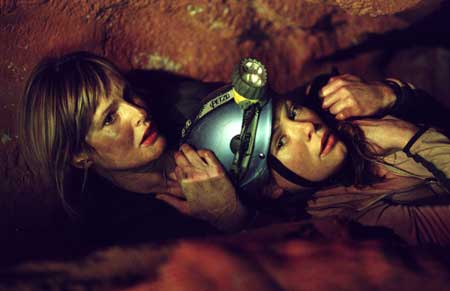 There’s nothing particularly new about the concept of human-like creatures attacking people, but there are some twists and turns along the way that help to give it a fresh feel. First of all, the fact that the cast is all female does make a difference, especially as it’s such a rarity in the horror field. It was actually originally supposed to be a mixed-gender cast, but the decision was then made to eliminate all of the male parts – in fact, you’d be hard pressed to find any male characters at all in this (save for some of the crawlers, of course). There are some real emotional issues that come up during the course of these events, causing conflict between the women and adding to their already mounting problems. Perhaps the most controversial part of The Descent has been its ending (which was actually cut short in some of the American releases), because it was deemed to hopeless and depressing. But I thought that this was a decent way to end the film, given that we all knew that it was never going to be a ‘happy’ finale anyway. I have always admired movies that didn’t give in to what is deemed the ‘traditional’ way a film should go, and The Descent is bold enough to stand up and say, sometimes things don’t always go right, sometimes bad things happen to good people and there’s nothing anyone can do about it. 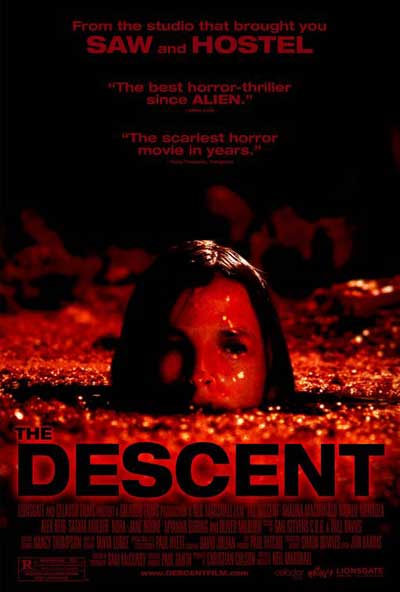 I personally really liked the promotional posters for The Descent – borrowed from Philippe Halsman/Salvador Dali’s photograph of ‘Females Bodies as a Skull’. This seems to summarize the basic concept of The Descent perfectly well, already giving prospective viewers a clue that horror awaits these poor souls. For those of you who are interested, this skull design was also used in another classic horror movie poster – Silence of the Lambs. It is much more subtle for this one and only visible if you look closely at the Death’s Head moth which is over Jodie Foster’s mouth.

The Descent is a must-see for any serious horror fan, and is just one example of how the Brits can match the standard of American horror any day of the week. For the most effective viewing experience, I suggest watching it alone in a darkened room – there’s nothing quite like it!