Home | ‘WitchFinder’ Short Soon to Conjure up a Festival Release

‘WitchFinder’ Short Soon to Conjure up a Festival Release

Daredevil Films is proud to announce its first live-action horror short film, WITCHFINDER, has completed principal photography. The film is set to go out to film festivals worldwide throughout 2013. 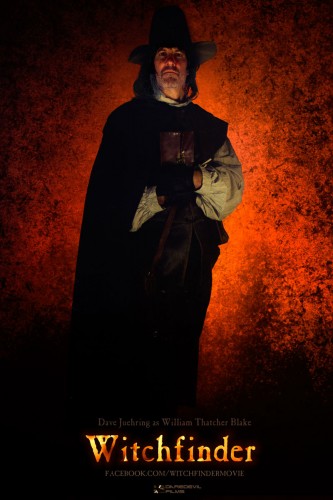 In WITCHFINDER, a small community lives in fear of the Satanic evil that festers within the dark forests that surround their small village. One night, a love-struck villager ventures into the oppressive woods in search of forbidden magic and ancient rites. To aid them, the townsfolk enlist the aid of William Thatcher Blake, a witch hunter whose arrival stirs a cauldron of terror that threatens to engulf them all in a bloody pit of horror!

The ambitious period film was completed over the course of a week at historic locations in Northern Illinois, including a log cabin created for the 1976 U.S. Bicentennial, a pioneer trading post, and a historic early settler’s home. 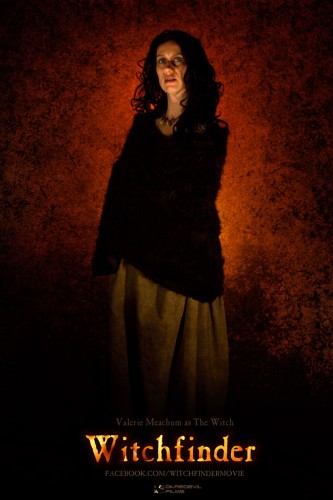 “It was a fantastic journey with an absolutely great cast and crew,” says director Colin Clarke, who counts the animated short films “Raven’s Hollow” and “Frankenstein vs the Wolfman 3D” as previous credits. “I put them through some pretty harsh conditions on this (my first live-action production), but we captured some horrifying moments. I owe them a lot. We’re hoping to make the scariest short film you’ve ever seen.”

DAVE JUEHRING plays the role of William Thatcher Blake. Dave has been active in the Midwest film scene, appearing in such recent productions as What They Say, Afraid of Sunrise, and The Mustache Movie. In addition to acting, Dave counts being a former U.S. Olympic coach and motivational speaker among his credits.

VALERIE MEACHUM plays the role of The Witch. Valerie made her movie debut in the Japanese-style monster feature Raki II: Raki vs Nemesis, and has kept busy in front of the cameras with a variety of roles from both up-and-coming filmmakers and seasoned veterans, including Mario Van Peebles. Valerie’s stage career has ranged from children’s theater to Shakespeare to musicals, including roles in Much Ado About Nothing, Pride and Prejudice, Little Women, Dracula, and played Barbara in a black-and-white stage adaptation of Night of the Living Dead. 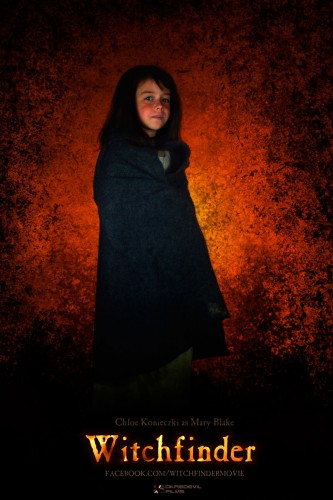 TRAVIS WORTHEY plays the part of John Hawthorne. Travis is an artist, writer, avid comic book collector and horror fan. A veteran of the U.S. Armed Services, he was a videographer stationed in Afghanistan during Operation Enduring Freedom. He last appeared as “Mike” in the animated horror film, RAVEN’S HOLLOW.

NICOLE KILMER plays the part of Sarah Blake. Nicole has been in front of the camera for over 14 years as a television news anchor and has a lengthy acting background. At the age of 12 she played the part of Leona in the independent film, “Personal Foul”, co-starring Adam Arkin and David Morse. At 13 she played Belinda Cratchit in Rockford’s New American Theater production of “A Christmas Carol”. She has also been featured in numerous commercials and print ads.

CHLOE KONIECZKI plays the part of Mary Blake. Chloe has been acting and modeling for the last three years, and was crowned Little Miss Boone County, IL in 2011. She has appeared on stage in productions of School House Rock and the Best Christmas Pageant Ever, put on by the Main Street Players. She has also appeared before the camera in films such as My Nanny, AtaLou’s Snowy Adventure, and The Triumph Trio.