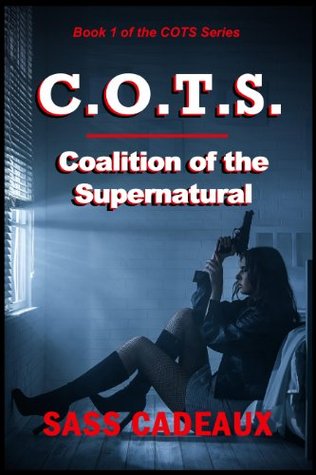 When Alexia Crandell is promoted from receptionist to enforcer within the Coalition of The Supernatural as the first human enforcer she cannot be more thrilled and honored. Her position of prestige quickly goes awry as she’s teamed up with two brash, arrogant vampires Ridge and Drew. There’s deception in the ranks as news comes in the form of a traitorous insider attempting to bring down the very foundations of all the coalition stands for. Alexia must also prove her validation to a chosen life mate that is constantly challenged by all those associated around her. Will Alexia rise above all adversary and restore global peace among the supernatural and humans? Find out in the first edition of Coalition of The Supernatural.

This introductory volume of the ongoing series from Canadian author Sass Cadeaux is highly imaginative, intriguing and multi-layered. The central theme is the obstacles of vampires, barbarians, necromancers and humans co-existing in contemporary society. It’s far from a new concept as demonstrated in such fictional works as True Blood, X-Men and Heroes. Yet Cadeaux puts a very unique slant on it chock full of suspense, intrigue, dry humor and a slice of romance. As mentioned it’s a formula that is far from brand new yet it’s effective and essentially pays off in spades.

The underlining theme of betrayal is compelling and keeps the reader guessing, luring us to delve further and further making this read a bona fide compulsive page turner. The unusual dynamic of vampires interacting among humans is often comical if not endearing. We find ourselves investing into Alexia’s character wanting the best for her and to make the right choices.

Although the author’s syntax or wording can be a little awkward at times, it’s merely a reflection of inexperience that will become refined over time. It’s unclear at first as to why each of the dialogue passages conclude with someone grumbling. Upon a more astute look, it is believed the author is conveying an image of befuddled normality among the supernaturals attempting to be human in a very inhumane world. It’s touching really, yet the redundancy may irritate the occasional reader.

Some humor is utilized to create an emotional roller coaster effect. Just when we despise a particular given character we just as soon laugh off the usage of the vampires obsessions with tea, soup and taking naps. At times I felt the characters were auditioning for an old aged home their obsession to taking naps was so prominent.

At first it is unclear as to why the author had chosen to pen the tale from first person persona. It doesn’t really seem that relevant as emotion could be just as equally portrayed in the third person. Alexia descriptions of trivial action and observations made with adverbs seems a little out of place. As a wise old literary instructor once told me the most effective murder in any story is to kill the adverbs. A lot of time the action or intent is implied and beating the reader over the head with unnecessary description can ruin the illusion of painting their own picture. Imagination is a wonderful thing for any fan of fiction and taking away their fantasy land can be a most treacherous endeavor indeed.

Alexia’s reluctance to fully accept the notion of a life mate in comrade in arms co-enforcer Drew is enchanting. It is not difficult to relate to our lead protagonist as we’re faced in similar situations in our own lives. We find solace in her dilemma making our own strife seem somehow manageable in comparison. At first, quite frankly I was a little concerned with the lead character of Alexia. I found her to be overly emotional, immature and flighty. Yet she somehow grows on you and the reader can appreciate the author’s intent on making her flawed and somehow more human, once again in a very inhumane world. She often reflects to her past and how her parents would dramatically disapprove of her courted by a vampire.

I’m still a little on the fence in terms of setting. COTS takes place in Toronto, Ontario, Canada and surrounding area. I admire Sass’s sense of patriotism. Yet aside from mere mention of a scattered landmark or two, a famed highway and a couple of outside towns such as Oshawa and Kitchener I find no serious relevance as to why it needs to take place here. My main concern is from an international or global perspective readers may have difficulty investing interest in the tale finding its locale ambiguous by nature. I think with such an overall gifted tale the choice in location is placing unnecessary restraints upon itself. A fictional city may prove to be more apt, captivating an audience on a much more universal scale.

Overall a most enjoyable read, a formidable concept that’s barely ignited into part two and the gripping suspense of the supernatural that lies beyond. 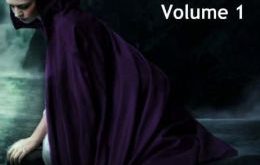