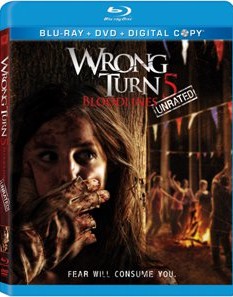 THE BACKWOODS OF WEST VIRGINIA ARE DEEPER, DARKER AND DEADLIER THAN EVER…

Now that horror fans have the backstory on the Hillbilly Cannibal’s “Bloody Beginnings”, the franchise rejoins the infamous disfigured brothers as they return when WRONG TURN 5: BLOODLINES debuts on unrated Blu-ray, DVD and, for the first time ever, Digital Copy on October 23 from Twentieth Century Fox Home Entertainment. This all-new terrifying film boasts the talent of horror movie veteran Doug Bradley (Hellraiser), along with Game of Thrones’ Roxanne McKee.

The cutting-edge terror continues when a small mining town hosts the legendary Mountain Man Festival on Halloween, where crowds of costumed partygoers gather for a wild night of music and mischief. But a killer celebration soon gives way to a blood-soaked feeding frenzy when an inbred family of hillbilly cannibals trick and treat themselves to a group of visiting college students who are just dying for a good time… 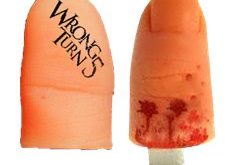 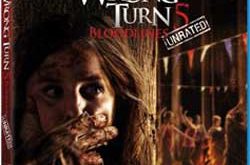