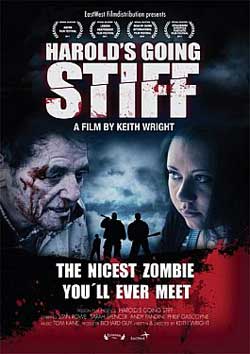 In the north of England elderly men are afflicted by a disease which gradually turns them into violent zombies while gangs roam the streets looking to exterminate them.

In the current boom for horror film production one sub-genre towers above the rest in its ubiquity: the zombie movie. From big budget A-list films such as Marc Forster’s forthcoming WORLD WAR Z to micro budget semi-pro efforts like DEADLANDS: THE RISING it seems that everyone is in on the act. One reason for that is that the zombie sub-genre is remarkably adaptable, able to sustain a scenarios as broad the end of the world and as claustrophobic as a radio studio. 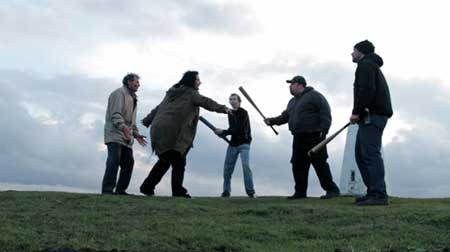 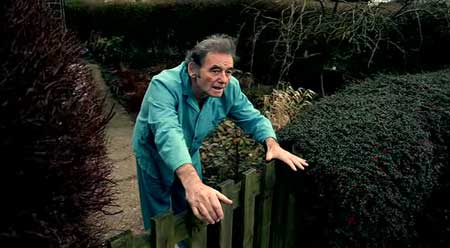 Equally, its simplicity allows it to be understood internationally – I‘ve even seen an African zombie film recently. We Brits have been no exception and may actually have been responsible for kicking off the zombie revival with Danny Boyle’s excellent 28 DAYS LATER. We can also lay claim to the world’s first rom-zom-com in Edgar Wright’s thoroughly enjoyable SHAUN OF THE DEAD. It should come as no surprise then that in Keith Wright’s HAROLD’S GOING STIFF we get what may be the world’s first ‘kitchen sink’ zombie movie.

Harold Gimble (Stan Rowe), an elderly Yorkshire widower, is the Patient Zero of an epidemic of Onset Rigor Disease that has broken out in the north of England. The symptoms begin with a gradual stiffening of the limbs and progress rapidly to violent zombification. Although research into a cure is being carried out by an increasingly desperate Dr Shuttleworth (Phil Gascoyne), the health service is unable to cope with the amount of patients and so vigilante gangs of zombie hunters roam the moors aiming to eradicate the problem via the simple tool of the baseball bat.
Into this nightmarish scenario arrives community health visitor Penny (Sarah Spencer). Overweight, lovelorn and suffering from Irritable Bowel Syndrome, Penny is assigned to look after Harold and, despite a nervous and uncomfortable start, friendship soon blossoms between them. However, their happiness is threatened not only by Harold’s condition or by the persistent Dr Shuttleworth – who sees in Harold the key to a cure – but by three vigilantes who have decided that Harold is worth 1000 points in their zombie hunting tally. 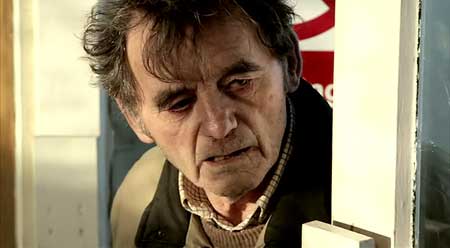 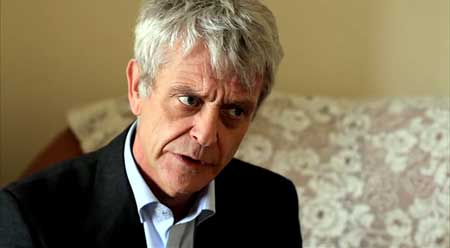 HAROLD’S GOING STIFF is presented in a documentary style much like the ones you see on television about people suffering from dementia and it’s very British in tone, obsessing as it does about cups of tea and its characters’ toilet habits. But it is a recognisable modern Britain with an overworked and under-funded National Health Service, an increasingly deprived North and a growing but largely forgotten elderly population. These are precisely the kinds of themes that loveable old Marxist Ken Loach makes his films about and for which he rightly receives critical acclaim.
If that gives the impression this film is less about zombie carnage and more about social issues then that’s basically right on the money so anyone expecting a splatter-fest will be sorely disappointed. The sequences with the zombie hunters are the most conventionally horror-oriented but even they are played mainly for laughs. In fact there is something almost tender and gently comic – a quintessentially British understatement and self-deprecation – about the characters which undercuts the horror of their situation. 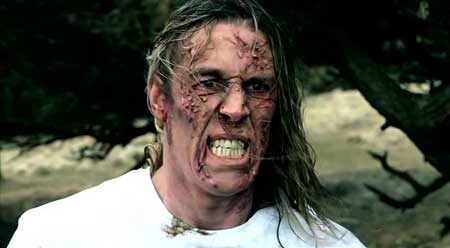 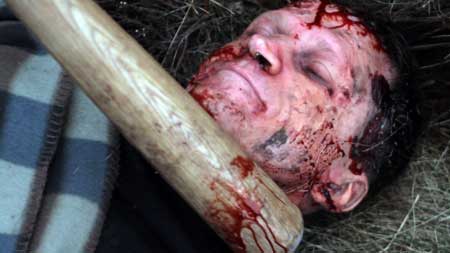 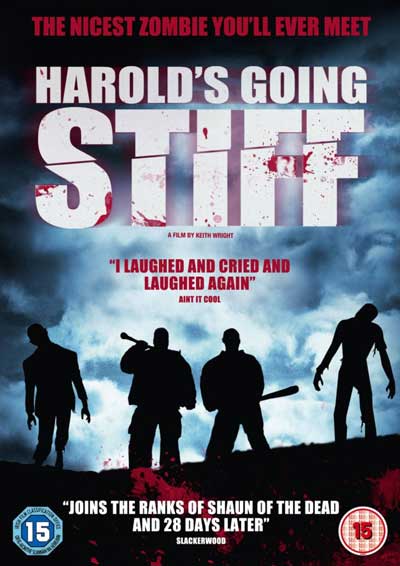 Horror comedy is a notoriously difficult trick to pull off and Keith Wright avoids that problem by merely hinting at both those elements while really being neither. What he has done is make a film that ignores the frankly silly zombie menace and instead looks more deeply at real life horrors: old age, infirmity, loneliness and despair. Ultimately though, the film shows that love can bloom in even the most unlikely places and that however creaky our health service might be it almost always comes up with the goods. The Yorkshire moors provide the backdrop to the film and underscore its point about modern life in the north of England: bleak but, in its own way, quite beautiful. 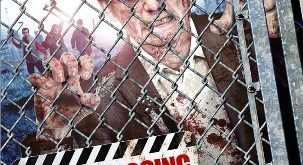 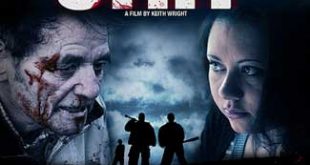 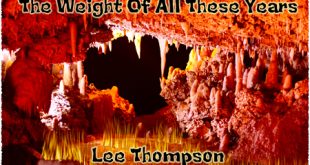