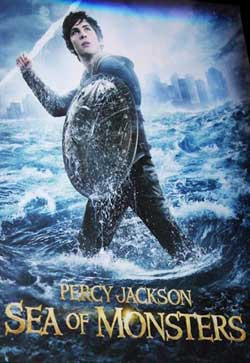 The son of Poseidon and his friends head into the Sea of Monsters to find the mythical Golden Fleece.

Percy and the gang are at it again. In the spirit of Harry Potter, it is almost certain that 20th Century Fox is trying to do for Percy what the box offices did for Potter. Whether you call it a good thing or bad, you can pretty much sum up these films with the simple repeating motive of quests and mythical beasts. This fantasy adventure follows up the first film which was titled “Percy Jackson & the Olympians: The Lightning Thief” with more coming-of age battles and adventures. The demi god scene is pretty hopping in Percy’s world with some of them taking preference to the dark side with others keeping within the moral standards of Percy and his friends. This notion is not unlike past fantasy/science fiction epics such as Star Wars, Harry Potter and Lord of the Rings. The dividing line here is that Percy Jackson’s world is closer to the realm of “Clash of the Titans” mythology. 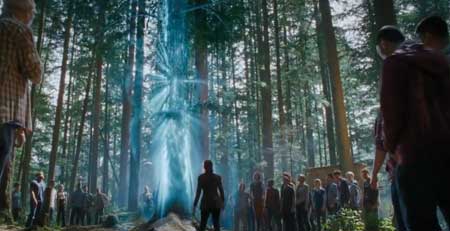 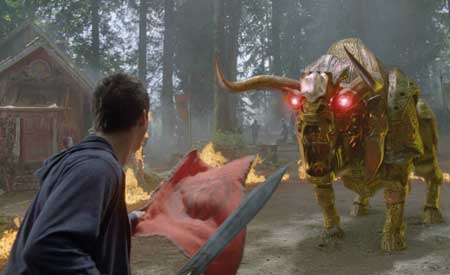 We come into this sequel on a previous battle recount story that took place against a band of cyclops who threatened to destroy the training camp where Percy and his friends reside. Thalia, then much younger, faces off against the mob to protect the others. Her price was death thus kicking off a magical pine tree that Zeus gifted upon the camp from her remains. In short, Thalia is given new life in the form of a protection tree that produces a border keeping unwanted visitors from its confines. The border provides protection to the residing half-bloods. 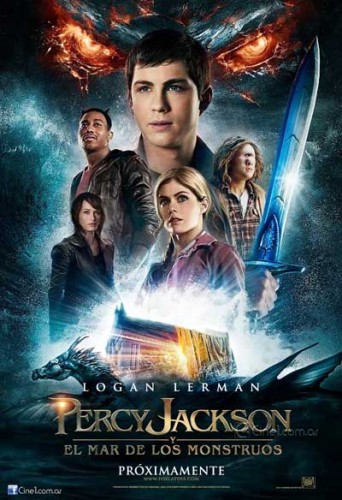 Clarisse, a new character to the group, proves her dominance in a opener skill test thus earning the prominence of leading the next quest. This quest arrives when Luke Castellan confronts Percy with a metallic bull and exits after poisoning the camp’s protectance tree. As we are told, some of the demigods are fed up wanting to rise up against their parents who have forsaken them. The adventure begins when the team figures out that by obtaining a rumored magical fleece, they can save the tree and save the camp. 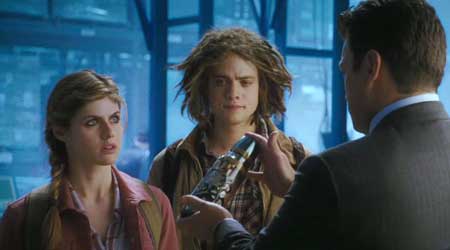 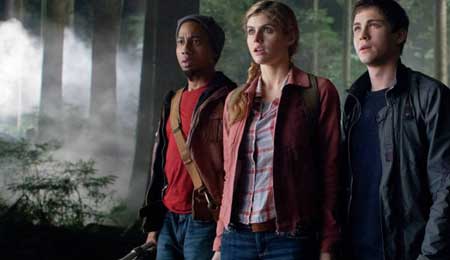 And so it begins, Percy gathers his fellow adventurers for the purpose of forming a backup team to follow Clarisse’s efforts. His motive now fueled by a prophecy prompts Percy into action believing that it directly relates to his past accomplishments. The reasoning here is a bit muddled, but I assumed it was intended to give the story a shake from the previous efforts. In any case, Percy is off again to save the world.

The fleece resides in the Bermuda Triangle in an area called the “Sea of Monsters” that is isolated from Poseidon’s territory. For good reason it is protected by a giant beast that sucks any visitor into its giant gullet per way of whirlpool digestion. 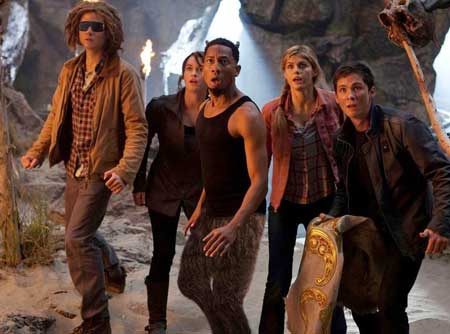 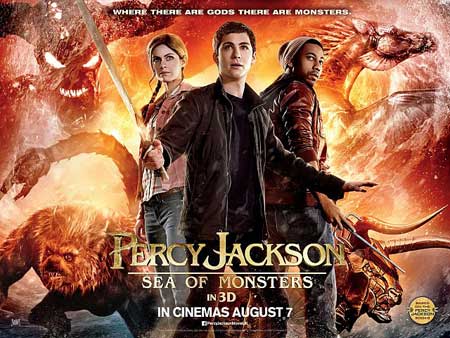 The sub story here is that Luke Castellan wants to release his grandfather, the evil Kronos, who was imprisoned in a box thus preventing Kronos from destroying the world.

This notion is “bound to fail” and really is an almost duplicate premise to the film “Wrath of the Titans. I was guessing at this point that these mold mythical legends are bound to repeat themselves in mythological rooted films, though I was still surprised that it took on the same direction.

All worked in the usual fashion of great visuals and CGI work often overcompensating for a story that feels a little redundant at times. While there are exciting visuals and a number of interesting beasts along the way,  I did find myself nodding off in the final act.

Charybdis and Scylla are among a few of the creatures included in this round, though my favorite here was the “Chariot of Damnation”  that provided vehicle to the 3 drivers called “the Graeae”. There are alot of Cyclops-monster-apperances this round not to mention the inclusion of Percy’s newly discovered half brother Tyson (Douglas Smith). 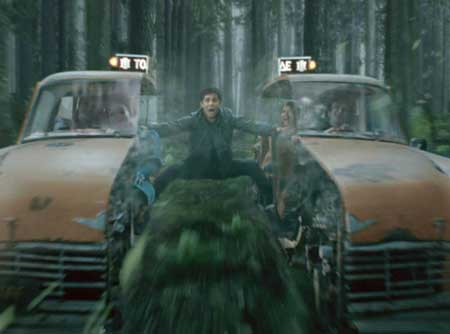 Fans of mythological fantasy films will enjoy the show, however I’m hoping that the next film (if there is a 3rd release) will be a bit more exciting and even more original. I love the world of characters this franchise has catered to, lets hope that they step it up a notch the next round.

If you can’t wait for the next Percy Jackson movie you may want to check out some family movies from Hallmark SpiritClips in the meantime. 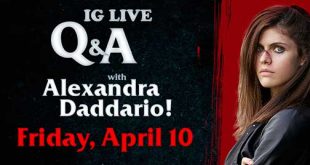