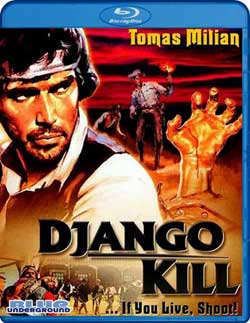 Mexican outlaw Django is part of a band of thieves that steal a cargo of gold from a stagecoach. However, the Americans in the band betray him, and shoot all the Mexicans. Django is not completely dead though, and crawls his way out of his shallow grave, continuing his pursuit of the gold, and exacting a bloody vengeance.

Called the most “controversial spaghetti Western ever made!” Well that’s where I might have to ask the filmmakers to come back down to earth on that one. Django Kill… If You Live, Shoot!” features one of those titles that you wish would have cut the ellipses from. I began to wonder if ellipse titles would become a trend, then I realized that we reviewed another recently called “Thou Shalt Not Kill…..Except (1985). Still, I think they are far and few between and YET stand out because. So maybe there is something to it.

Actor Tomas Milian leads the pack on this one as the simple man with no name who we are calling “Django”. I wouldn’t go as far as to lump him in with Clint Eastwood as somehow his “Flash Dance” headband comes across rather girly. Am I the only one who thinks this actor resembles C. Thomas Howell a bit (early that is)????

Django Kill… If You Live, Shoot! is entirely a spaghetti western that is better viewed in the morning than at night (due to its long drawn out storyline). The film is Italian rooted sticking closely with the genre of “spaghetti westerns”, but is most peculiar in its storyline and inclusions. I had to remember that this was the 1960’s when this film arrived, so certain aspects of this film that might seem “more accepted” or within our culture were not in 1960. This is where you need to make the distinction of this film and what elements it manages to incorporate. 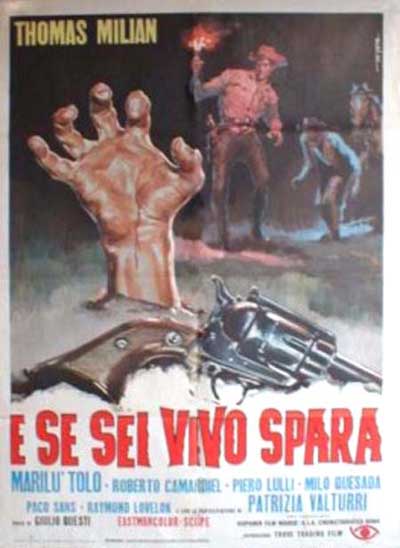 Milian is on the path of retribution. Those who stole his loot and left him for dead are about to pay the price of a cowboy scorned. As he makes his way across the barren lands, he is led to a place that is called “The Unhappy Place” (Not to mention…his gun is loaded with bullets made of gold created by the Indians who found him). It is soon apparent that he will have to wage a war of payback, greed and the occasional depravity in this world of Django. 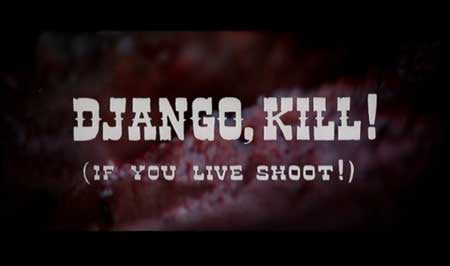 The film gained attention as being highly violent and bizarre. I would have to say that it probably “was” for its time period, but on the weaker note as a product today for that factor. It’s attraction is a rebuild of portions that feel out of place for traditional spaghetti westerns. Now I didn’t make this assumption while first viewing it, but after looking back it was one of the earlier films to incorporate a homo-erotic tone to portions of it. I had scratched my head when a captured “Django” was stripped down and bound in a loin cloth, and then reaLLY questioned why a invading band of cowboys were also dressed in “fancy” matching black shirts and hats that seemed more like they were ready to do a dance number than shoot to kill.

The movie does have some scenes that on one hand might seem controversial, but on the other highly amusing. A horse is made to wear a pack of dynamite and then sent head first at oncoming cowboy vigilantes. The horse is suggested as exploding but done so in weird edited way. 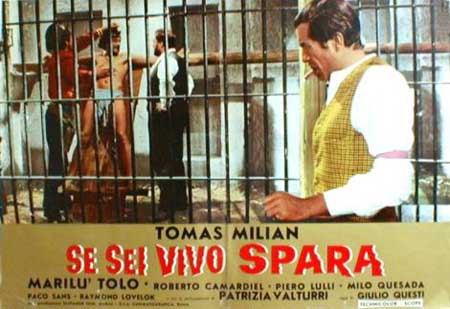 In another scene Django is held in a prison cell while being interrogated. After announcing that he’ll never talk, he is coerced into giving in by the accompaniment of a iguana placed into his cage (really?? so what is wrong with an iguana). If that wasn’t enough 2 vampire bats are placed inside his cell (never actually attacking him but assumed to be somehow scary!!!). Great stuff indeed! And very out of place for this kind of film.

Django Kill is clearly a cult film that doesn’t quite recognize its own peculiarities. While all is presented very seriously, savagely and brutal at times, it breaks down in its own playing field with is choice of factors. Now on Bluray, Blue Underground has recognized this film for the oddity it is and has provided a cleaned up restored version complete with extras. (pulled from the actual Italian negatives)

Cult film collectors will glory in this “must own” edition that propels you into the shocking visual production of an earlier era. 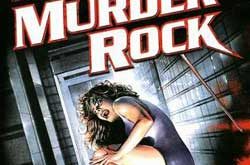