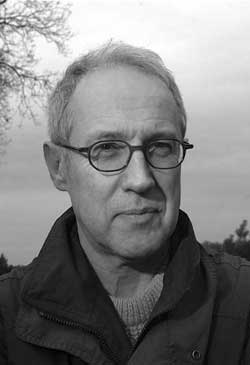 John Saul is a New York Times bestselling author since 1977. Saul has written thirty seven thrillers. His books have covered psychological, occult, scientific, paranormal and horror. He is a brilliant author.

You covered the majority of genre’s including: psychological, the occult, mystery, science and paranormal! What has been your favorite subject to write about in your books?

John Saul- I don’t think I really write about subjects at all. The stories always wind up being about people, and how they react the the situations in which they find themselves. With this in mind, I have to say my favorite people to write are the kids. Children offer a lot to a writer, aside from the fact that they tend to use simple words in short sentences, which means lots of white space on the page. Most importantly, children are not adults, and are not generally held responsible for whatever they might do. Thus, it’s quite possible to have a child killing people, and still maintain sympathy for him or her on the part of the reader. The most fun I always have writing is when the hero is also the villain, which you can only do with a young child.

Tell us something about you that your fans would be surprised to know?

John Saul- I doubt there’s much they don’t know at this point, since I’m not very good at keeping secrets. If I’d had my druthers, I druther have made a career writing comedy, but unfortunately the market for comic novels is small, and very much hit or miss. Even Patrick Dennis, who created Auntie Mame, eventually failed in his career, unable to sustain his wit to cover more than a few books.

John Saul’s Blackstone Chronicles: An Adventure in Terror was turned into a computer game, how did it come about and would you consider having more of your books turned into any type of games?

John Saul- Actually, the Blackstone Chronicles started life as a proposal for a computer game, but the game languished in development so long that my editor, Linda Grey, finally suggested we do a serial novel. Once that was well underway, the gaming people went ahead, and wound up doing a sequel to the books. 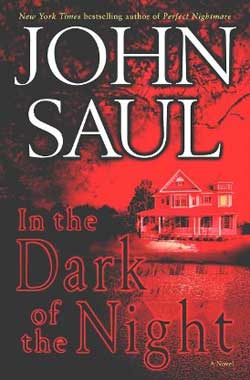 What is one piece of advice you would offer to future and current writers?

John Saul- Do not take writing classes, and do not let you friends and family critique your work. Classes will only teach you to write like the teacher, and your friends and family aren’t in any position to critique you. As Linda Grey also once said, “the only person you should listen to about your writing is the one who is going to pay you for it.” She was absolutely right, which is why I not only don’t ask friends about my manuscripts, but don’t comment on theirs, either.

How has your writing changed over the years since Suffer the Children was released in 1977?

John Saul- Again, I turn to the redoubtable Linda Grey. Many years ago she wanted me to write a sequel to Suffer the Children. I read it, and then asked her how long it had been since she read it. Turned out she hadn’t read it since she’d published it twenty years earlier. I suggested she reread it, and then we’d talk. The next Monday morning she called me, and when I asked her what she thought of the book there was a silence, then: “Well, let’s just say you write a more…sophisticated book now.” No more talk of a sequel.

How do you think the mystery/thriller genre has changed over the years and do you feel it has been a good or bad change overall?

John Saul- The biggest change has been the explosion of the on-going character, which to me certainly takes the thrill out of thriller. Granted that in the old days you always were fairly sure the hero was going to survive, it wasn’t guaranteed. When you know the writer’s already working on the next book about this crusty but warm-hearted, psychological damaged ex-FBI-CIA-Special Ops-NYPD-fill in whatever, it’s a cinch the hero’s in no danger whatsoever. So what’s thrilling about that?

Who are some of your favorite authors/writers?

John Saul- Lately, I’ve been reading more and more nonfiction, and certainly Erik Larson is right up there, as is Jon Krakauer. 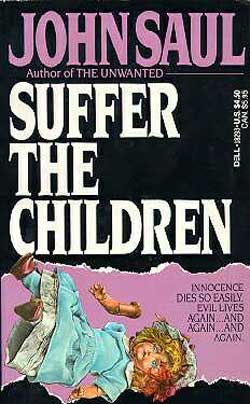 Who inspires you and why?

John Saul- Is there a reason why this question is in little tiny type? But yes, there is one person who inspires me. His name is Barak Obama, and he continues to inspire me on an almost weekly basis as he rises above all the lies told about him, and continues to cope with the wreckage he inherited from his predecessor and reason with a Congress that is no longer interested in reason. But I digress….

Make sure to check out his work on his website: www.johnsaul.com/