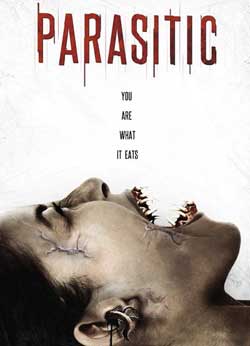 A group of friends become trapped inside a nightclub with an unseen terror. Unable to escape, one at a time they fall victim to the ravenous, bloodthirsty beast.

I have a question for all of my devoted acolytes. Does being a special effects guru who’s done some great work on some big Hollywood films qualify you to be a film director? I ask this question because I’ve just seen a flick called “Parasitic” that was directed by Tim Martin who has had his work featured in films like “Hellboy“, “Alien Vs. Predator” & last year’s prequel to “John Carpenter’s The Thing” which was also (Stupidly) called “The Thing”. Is being someone who has worked on some big budget films & obviously knows what he’s doing give you the know how that you’d need to be a director? Well if the best Mr. Martin can pull off is a film like “Parasitic”, then I’d have to say the answer is an unequivocal “No”. 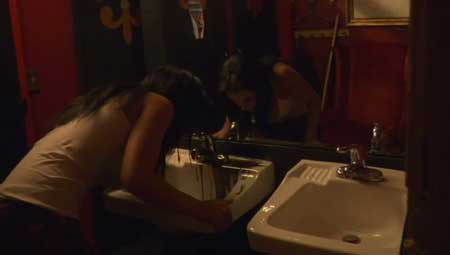 Lets start with the plot. “Parasitic” is about a creature that travels to Earth on a rogue comet which lands in the ocean directly in front of some fisherman. This creature has infected some of the fish that the fishermen have caught and the next thing we see is a pair of hands cutting open a package that contains a nice sized fish which just happens to be covered in a green slimy substance. These hands cut the fish up, disregarding the slimy crap all over it. And what do you think will become of this nasty looking fish? One word: SUSHI!! 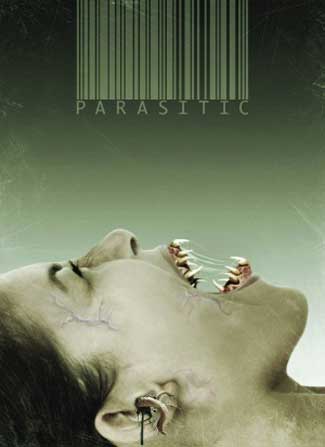 And what becomes of this sushi? Well it gets purchased and delivered to the manager of a club named Val (Bianca Holland) and despite the fact that the sushi is slimy and green she hungrily devours it. Now exactly why she chows down on this nasty looking food was beyond me at first, I mean the damned sushi was literally covered in green goo. But once she ate some & summarily got sick from it she goes to the bathroom and immediately throws up a dark green viscous liquid & Val (Who’s extremely…well endowed) decides that she needs to remove her top and her bra. I mean by this point in the movie I was already beginning to fall asleep. Once she does her impromptu strip tease I immediately sat up and took notice (Yeah, yeah…I’m a pig. So sue me)! 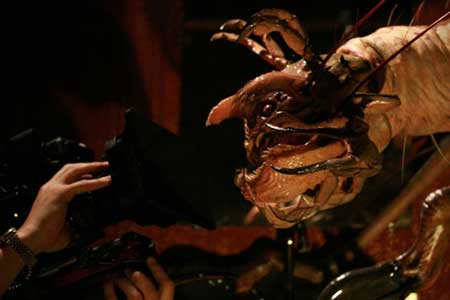 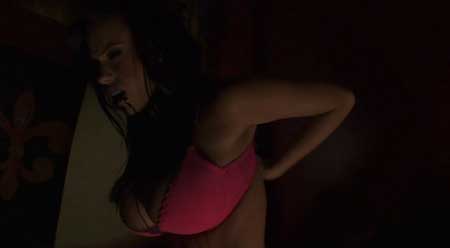 Now while Val is getting her parasite on in the restroom we get to meet the other characters. I would tell you what their names were if I cared about any of them but I didn’t so I won’t. All they do is sit around and wonder where Val went off to, you see it’s closing time and everybody wants to go home but Val has the only key to the door. Incredibly the club is locked from the inside as per the owners policy so none of them can get out until they find Val. Now I ask you, is the club locked from the inside because the owner is a f*cking idiot who has no worries over the inherent fire hazard or is this just some lazy ass script contrivance to give the film a reason to keep all of these losers locked in the joint? I’m leading towards the latter.

“Parasitic” is just a series of scenes haphazardly edited together calling itself a movie. There are some attractive ladies to be seen here IF you can see them through all of the murky photography and there might be some laughs to be found IF you could hear any of the dialogue. But the cinematography looks like it was handled by a six year old and the sound mix is maybe the worst one I’ve ever heard (And my editor has assigned me some lousy looking/sounding movies). The obnoxious music completely overwhelms the actors and when there isn’t any you can barely hear the actors anyway. 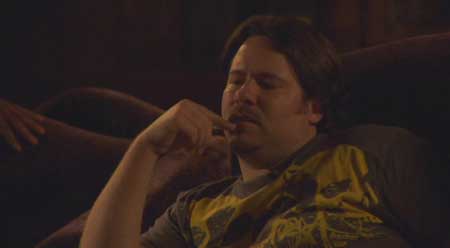 Which is probably a good thing because the script boils down to some uninteresting people asking each other if they know where Val is and then proceeding to go off on their own looking for her. Once they disappear, another one asks the same question only adding the name of the person that just left. Then going off and being infected by Val who now has a large worm growing out of her neck and is infecting the others…one by one. But no one hears anyone else screaming even though they seemingly are just a few feet away and Val spends a lot of her time creeping around but never seems to walk over to where everyone else is. She really doesn’t have to though, they all end up walking over to her anyway. 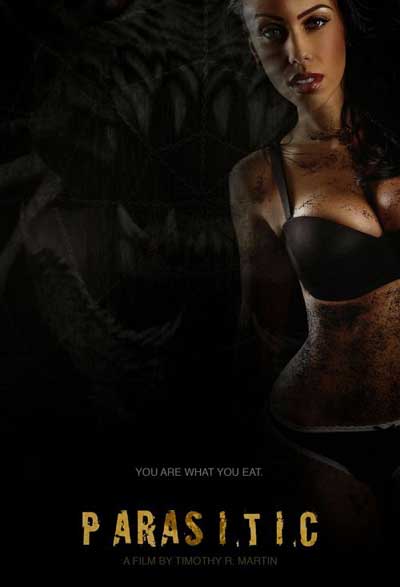 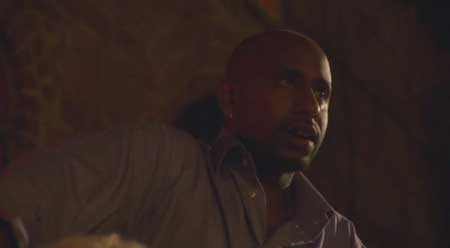 Needless to say, I think “Parasitic” is a terribly stupid movie but it does have one thing going for it. It has some pretty good practical make up effects. I daresay some of the effects look better than similar effects in films with 10 times the budget this one had. But that’s what Tim Martin does isn’t it? The creature effects here are so good they even made me take my eyes off of Val’s bosom every so often. Too bad the god awful cinematography obscured a lot of it. But it’s a plodding, senseless movie that will bore you to tears in between scenes of carnage. One shroud out of five for “Parasitic” and that’s for some really good creature effects. I suggest that Mr. Martin stick to what he does best in the future though and leave the directing to real directors. 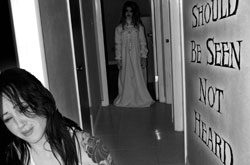 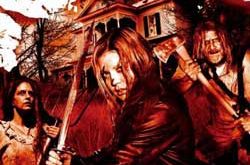