Your Chance to Win a Cthulhu-Cup!

A series of unspeakable summoning rites performed at the last full moon have allowed the cult hit ‘Call of Cthulhu: The Wasted Land’ to expand the range of PC outlets it can be downloaded from. The game can now be found for PC on GamersGate. The game also recently launched on Android, in addition to the Intel AppUp℠ center and Apple’s iOS. 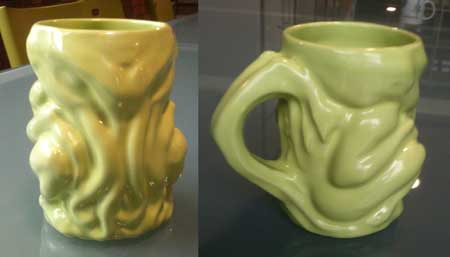 To celebrate the new opportunities to bring madness to gamers, Red Wasp Design are running a competition. The prize is a unique 1-of-a-kind Cthulhu-cup created by the game’s lead artist. The cup was modelled in 3D then printed out in a Lovecraftian ceramic green. To win this unique prize, simply tweet or post on the Facebook thread a horrific, amusing, pulp fiction, wry or insanity-inducing ending to the sentence, “When Cthulhu wakes…” by the 27th June. Entrants can post as many endings as they like and the developers will pick their favourite on the 28th and award them the prize. The developers asked that if tweeting please use the hashtag #whencthulhuwakes 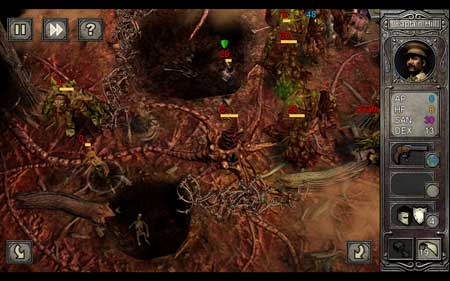 If you are new to this cult title, it is a turn-based strategy RPG inspired by the works of pulp horror writer H.P. Lovecraft. The game was developed by indie developer Red Wasp Design in co-operation with Chaosium, the publishers of the paper role-playing game, Call of Cthulhu. The Wasted Land is a journey though nine 3D levels set in the trenches of World War One. In ‘The Wasted Land’ the player uses their team of investigators to uncover a deadly inhuman conspiracy underlying the Great War. As the game progresses, the player can build up the skills, weapons and equipment of their team. Key to the game is Sanity; the investigators must guard their minds against the myriad horrors that threaten to send them into the mouth of madness. Barbed wire, mustard gas and machines guns will prove to be the least dangerous thing the investigators will encounter as they venture out into No-man’s Land to solve the mystery of the Wasted Land. 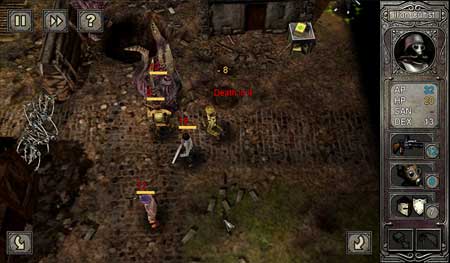 To stay in touch with the developers, get updates on the game as well as help and strategy guides, connect to Red Wasp Design on Facebook, Twitter (@redwaspdesign) and on their site at www.redwaspdesign.com