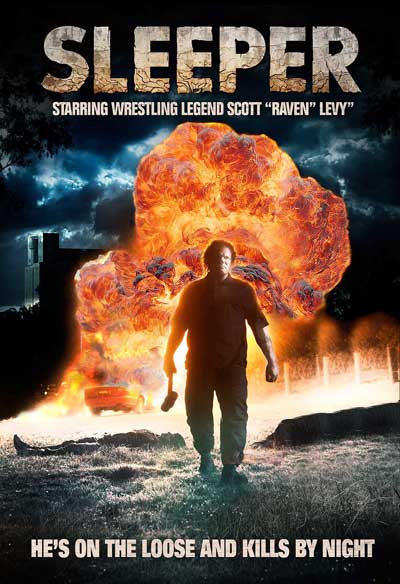 A horror thriller similar to ‘See No Evil’ and ‘The Condemned’ keeps the audience at the edge of their  seat and then flipped upside down with an unexpected twist. Adam Resnik (Scott “Raven”  Levy, former World Wrestling Champion) was imprisoned for butchering another man and kidnapping  Kelly (Kym Jackson Iron Sky), his love obsession.

For the safety of inmates, he was only allowed to  wake after dark. Now having escaped during a midnight transfer, Resnik is heading back to Moonlight  Bay to find Kelly and slaughter anyone who gets in his way. Detectives Raynor (Bruce Hopkins Lord of  the Rings) and Molloy have only 12 hours to stop him before the sun goes down, and the carnage begins
again.