‘Tales of Endless Terror’ To Arrive in New Canadian Anthology 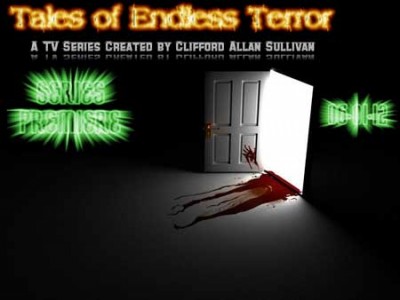 In the style of Twilight zone and Evil Dead, we received word on some new TV goodies underway.

The season is going to consist of 13 episodes (with a new episode broadcasting weekly), with the first being released on June 1st, 2012. Each episode will last 20 to 40 minutes. This horror comedy anthology will air on various “Public Access and Community TV Stations” in (Canada and the United States).