Toronto, CANADA – World renown composer, musician, DJ, producer and multi-media artist MERCAN DEDE has joined ranks with award winning filmmaker RODRIGO GUDIÑO to score Gudiño’s feature film debut THE LAST WILL AND TESTAMENT OF ROSALIND LEIGH, now in post-production. Dede, whose previous work can be heard on Mel Gibson’s The Passion of the Christ, Ridley Scott’s Kingdom of Heaven and Mike Newell’s Prince of Persia among others, will be providing an original score.

“Working with Gudiño on his multi-dimensional film was one of the most interesting and exciting film projects I have done in the past few years,” commented Dede, who recorded the score in his multimedia studio Buddhaland in Montreal with an array of musicians hailing from New York to Istanbul.

Adds Gudiño: “Mercan’s unique fusion of contemporary and traditional and his emphasis in the spiritual bridges the two worlds at the heart of this movie. The results will be powerful and magical.”

As Mercan Dede and his alter egos DJ Arkin Allen, Blueman, Poundmaker and others (some of which are kept secret even from his management and family), Dede has collaborated with such musical personalities as Peter Murphy, Natacha Atlas, Mich Gerber, Omar Sosa, Maharaja, Trilok Gurtu, and Azam Ali, among many others. He has also collaborated with legendary choreographer Pina Bausch in her Nefes (Breath) project.

THE LAST WILL AND TESTAMENT OF ROSALIND LEIGH stars Aaron Poole (The Samaritan, Gangster Exchange) alongside a yet to be announced surprise cast, details which will be revealed in the coming months.

The film tells the story of an antiques collector (Poole) who inherits a house from his estranged mother only to discover that she had been living in a shrine devoted to a mysterious cult of angels. Soon, he comes to suspect that his mother’s oppressive spirit still lingers within her home and is using items in the house – especially statues of angels – to contact him with an urgent message.

The film is produced by MARCO PECOTA (The Facts In the Case of Mister Hollow) for Rue Morgue Cinema.

Join THE LAST WILL AND TESTAMENT OF ROSALIND LEIGH on Facebook: www.facebook.com/RosalindLeigh

Tags Rodrigo Gudiño The Last Will and Testament of Rosalind Leigh 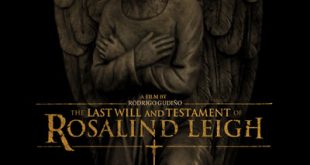 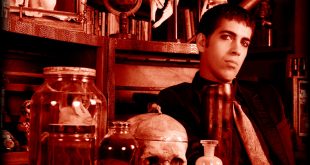 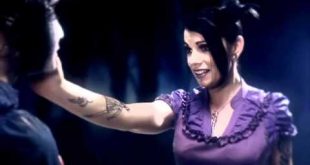