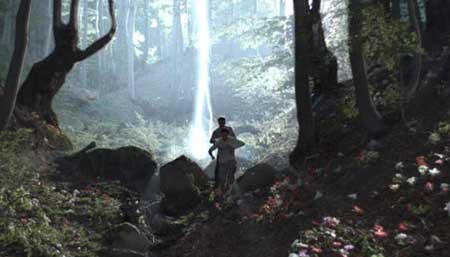 Tourists Trapped In an enchanted forest do battle with evil fairy tale creatures.

In a giddy, hammy, over-the-top performance that would rival 1960s William Shatner doing William Shakespeare, every year on the Midsummer’s Eve, local guide Ben Cross gleefully convinces unsuspecting tourists to take a lil trip to the countryside to see the gorgeous happenings at one particular node. But wouldn’t you know it, tis a doorway to a fairy tale dimension complete with a troll under a bridge, a big bad wolf, fairies themselves, a pseudo savior in the form of one tourist’s dead wife, and all sorts of Brothers Grimm inspired beasties lurking and hunting in this particular enchanted forest and honestly, the beasties should be able to stay fat for centuries because hey…be vewwy vewwy quiet, they hunting stupid humans AHAHAHAHAHAHA. Don’t wait till we get home, just shoot me now.

By now, I have no doubts that the millions (AAAAND MILLLLLLIONS) of The Craig’s fans out there who have read my countless reviews through the years know about the Saturday night SyFy Premiere rituals my daughter and I have, so I won’t rehash here. If you don’t, shame on you, and go read every single one of my reviews right now. Hey, shameless plugs rock, and every single hit I get counts. Towards what I have no idea, but it never hurts to try.

So think to yourself, if you will, that here sits the dude who never misses (far as you know) reviewing a cheesy SyFy channel premiere; a dude who is in fact the King Of Schlock for Horrornews.net, sitting next to his lil Princess Of Schlock, bigassed roadkill nachos in front of us, rum for me and Pepsi for her, all psyched up for not just one (OHHHH, NO) but two…two…two premieres in one night!!! This never happens, so we were primed and ready. And then, the movie started…

Sure, it started out promising enough and we were slowly getting into it. It was a fresh spin on something Ally & I both hold very dear to our cold, black hearts – tales spun by the dark masters of storytelling, the Brothers Grimm. At about the 18 minute mark, we started waxing philosophical about where all this was going and how it would wrap up. We finally let it go and waited for the ending and damn if her deductions weren’t right on the money – right down to who was deceiving who and how, who would live, and how it would end. Impressive? Yes, without a doubt. Should it have gone down that way? NO…SHE’S BARELY TEN YEARS OLD!!!!

That’s when it hit me. We’d been swindled…robbed, even. And we were pissed. The two hours we’d just invested in this dreck made us fume at, looking back on it, the events that had unfolded before us. Where did it all go wrong?? The acting was great, actually, so do I blame the writer? Woodward has done so many short documentaries on horror movie legends that it’s very obvious he’s a true fan of the genre. I do say that one, maybe two more polishes on the script would have helped tremendously, so do I blame the director? I have no idea what Dinhut has really done other than this, so it’s possible. Do I blame the producers? That’s usually the case when you see something that had promise that went to sh*t so maybe there was studio tampering? In the end, in this case though, I don’t really care. 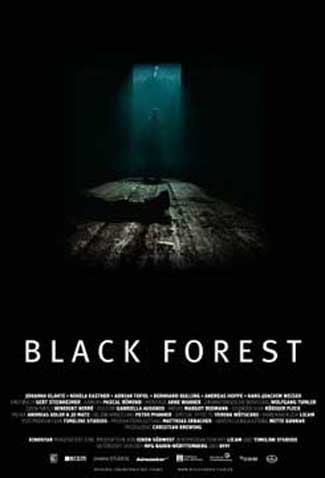 In a movie where the one shining spot for me was watching a cannibalistic version of the Seven Dwarves eat a scantily clad version of Snow White, it leads me to believe that one more quick rewrite could have solved a lot of problems with this flick – transparency and predictability from mostly start to finish, stock characters made likable by good actors still doing stupid things to serve the plot, closing of doors that should not have been left open (Ally’s words – “Silly convenient plot holes makes boredom, not suspense” Yeah, that’s my girl!!) all leading up to a most unsatisfying viewing experience. If you’re gonna f*ck with the Brothers Grimm, you better not only be on top of your game, but you better bring a sh*tload more to the proverbial table than this. Just sayin… You need a fairy tale experience, hop on Hulu and check out the 2/27/12 Season 4, Episode 17 of CASTLE entitled “Once Upon A Crime”…much more satisfying. When the Matt Damon starring, total POS flick THE BROTHERS GRIMM looks like a beautiful piece of intelligent filmmaking compared to BLACK FOREST, it’s a sad, sad day in horror. Even for a SyFy Saturday premiere. 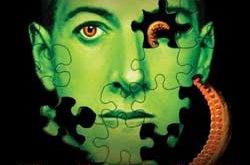