A group of friends fight for their lives against the lethal and ravenous creatures lurking beneath the Earth’s surface. The group finds themselves at the mercy of creatures genetically engineered by the military to be expendable in battle. Though they fought countless battles in Iraq, these friends never knew real fear until they went underground.

Not many films can pull off the dark and claustrophobic. Many try, few succeed. A recent example of one that did was Neil Marshall’s “The Decent”. I have a pinch of claustrophobia and that film seriously succeeded in making me uncomfortable and frightened. Other films have tried to emulate the formula and failed. Some come close, do many things right, but for one reason or another, just can’t quite pull it off. Such is the case with “Underground” from director Rafael Eisenman, who may be best known for his work with Zalman (“Red Shoe Diaries”) King. The film has a strong opening and a solid ending, it’s just that everything in between was pretty boring.

A group of friends, three of which had just returned from Iraq, are out to have a night of care free fun at a rave. They are having a great time until they run into a group of gangbangers that end up threatening their lives. Since the rave is at an old military bunker, they easily escape and find themselves lost in a maze beneath. Once they escape one threat, a new one quickly arises. This new threat is like nothing they have ever encountered. They will have to band together and draw upon all of their military training if they want to find a way out. 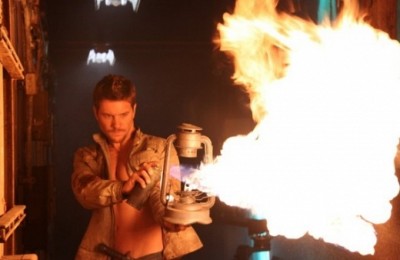 “Underground” is a slim 1hr 23min film, usually that is a perfect length for a horror film, in this case, it felt MUCH longer. There are a few moments that deliver, maybe part of why I had such a hard time with the second act was that I didn’t care for the choice of lighting. Everything was much too dark. I don’t even think I would recognize any of the actors in other films since I never felt like I was able to get a real good look at them. When the action takes place, at times it was way too dark to tell what was happening. There was some really terrific effects in the film that ended up being hidden in the darkness.

Don’t think that I didn’t like the film. I did. Even though the premise felt familiar, some of the characters were just fodder for the beasts, the main trio was fleshed out rather nicely. You get a sense of what they have been through and what they have to deal with after the war. There was one particular scene later in the film when one of the characters has to fight for their life against the beast, powerful stuff. The first half hour felt energetic, the last half hour was exciting. The creatures have an interesting look, the makeup was pretty spectacular. They moved quick and were ferocious. The special effects were great. Plenty of the nasty stuff for us to enjoy. There is one especially great one that gore hounds will love.

The acting from the unknown cast was good and convincing. There were several plot points that were interesting enough to keep it a bit more original than it could have been. The military experiment angle mostly works. It just seemed that when the focus veered away from the core trio, the other characters just never felt important enough and you could tell they were just there to be killed.

“Underground” isn’t going to blaze trails or set new trends. It also is not just a throw away title. With solid acting and a terrific finale, if you’reg patient enough, this film is worth watching. It may end up being frustrating to some, overall, this is a decent film. I’m going to give “Underground” **1/2 out of 5. Though I loved much about the film, there were still a few frustrations that kept me from giving it a higher rating. Not a film I would rush out and buy, it is worth the price of a rental. “Underground” may feel familiar, but it still delivers some of the goods. 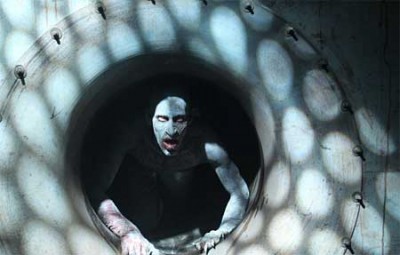 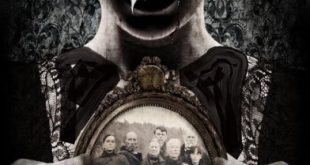