1. How did you get involved in paranormal investigations?

I got involved in paranormal investigations through combining a mutual interest with my friend Mike Cardinuto 8.5 years ago. I was taking a
college course on the sociology of the paranormal, and was looking for a subject to write a paper about. At the same time Mike had an interest in abandoned buildings and dared some friends to check out one. They wound up having a paranormal experience. I decided I would write my paper on supposedly haunted locations of Long Island and then we started checking out everything we could find.

2. What do you investigate besides hauntings?

We investigate different things related to the paranormal. We investigate residences and businesses for claims of the paranormal.
However, we also do numerous studies into local urban legends where we try to test them for validity and discover what is actually happening there.

3. What is a typical month like for Long Island Paranormal Investigators?

A typical month for the Long Island Paranormal Investigators varies depending on time of the year. During Spring, Summer, and Fall we conduct
many investigations into urban legends such as Mt. Misery Rd, while winter months have higher concentrations of home and business investigations. Either way we are always busy. We have weekly meeting on Thursday nights where we go over various things from the week. After the meeting we head out for an investigation. Clients cases are conducted over the weekend so as to not prevent them from sleep when they have to work the next morning. Tuesday nights are typically office nights for those available where analysis is completed, reports typed up, equipment checked, and whatever else needs to be completed.

4. What is the most important thing to bring on an investigation?

the most important thing to bring on an investigation is a clear head. More than any piece of equipment you need to be able to focus on what is
going on around you so you don’t miss anything. The other reason it is important is for safety. You need to make sure you don’t fall into an open
grave, head your head on a low lying branch, etc.

5. Do you think the Ghost Hunters shows have helped or hurt the paranormal investigation industry?

Personally I believe that television shows like Ghost Hunters have done mixed things for the subject of the paranormal. LIPI was founded before
the television shows so I remember when people found out what we did it was met with less acceptance than it is now. Also, paranormal theories are spreading faster since television started showing paranormal based shows. We have had the benefit of hanging out with many television casts, including Jay and Grant from Ghost Hunters, PRS, and Patrick Burns from Haunting Evidence.

However, whenever you have television you have producers who have their own agendas. People sometimes watch the shows and take everything at face value. They don’t realize that the show may be an hour, but the investigation and subsequent analysis took much longer than that. Also, paranormal events do not happen as frequently as television will sometimes make them seem to occur. Also, there is the problem with those who watch the shows and then decide they can do that and call themselves investigators without actually doing the research and learning the tools of the trade. This can lead some people to wind up in situations that are over their heads. When we start new probationary investigators we stress to them that things are not going to happen like they do on television and to pay close attention to what they are taught.

6. What is the most haunting thing that you’ve ever experienced?

The most interesting thing that has ever happened during an investigation was an EVP recording we captured while investigating the site where a hospital from the 1700/1800s burned down. We captured a voice saying “they’re here, please let me out, it burns, the girls…., my name is…” We also got various readings on some of our equipment on other investigations there.

7. What are some hot spots investigated by Long Island Paranormal Investigators?

We have had the benefit of traveling all over the country. On the island some of our most interesting cases occurred at Mt. Misery Rd,
Reid’s Ice Cream Factory, Shep Jones Rd., and a private house where a lamp moved across the floor.

8. Is there more paranormal activity during any one specific time of the year?

Personally I believe that there is paranormal activity all times of the year. Some people in the field believe that autumn months, specifically
the time period close to Halloween is the most active. The reason that they feel like this is because of the belief some have that our world and
the spirit world merge during this time of the year, also called the “thinning of the veil.” I’m not decided yet on that theory.

9. How does paranormal activity in Long Island compare to the rest of the country?

Long Island has an active history the paranormal dating back longer than many places in the country. A reason for this could be that Long
Island had been settled in the 1600s by Europeans, and before that many Native American tribes, thus having a longer history than most of the
country.

10. What should someone do if they think they have a haunting or some other sort of paranormal activity

If someone believes their home is haunted there are a few things we recommend. We always tell our clients to keep a detailed log of what is
occurring so that we can try to correlate what is happening with what we find after investigating. It also gives the investigative team something
to go by besides witness statements which can vary depending on the time frame of the incident versus the investigation.

We also always recommend that before someone hires a particular organization that they do some research into them. This is because there
is no overseeing body in the paranormal; there is no regulation. Anyone can call themselves a paranormal investigator so it is important that you
look into the quality of their prior work, and whom they seem to be. Remember you are letting strangers into your home and trusting them around your family. Make sure they are worthy of that trust.

If someone feels threatened by what is happening in their home they should remember most paranormal activity is not malevolent or demonic. Spirits are how they were in life. A friendly person doesn’t suddenly become an evil, hateful spirit wishing harm on the living. If you think something is in your home and it is bothering you try telling it to leave. As simple as it sounds this does work many times. 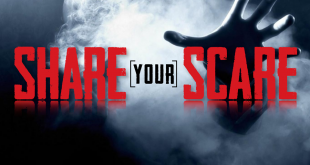 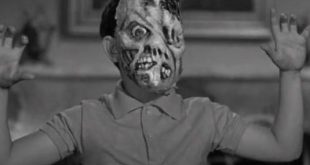