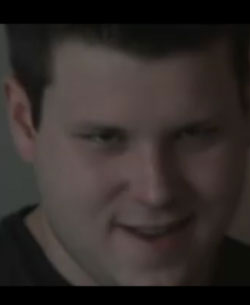 Welcome to Dreadville Series is a mini-series that takes place in the fictional town of Dreadville, ILL. Each WTD episode is approx. 20-30 mins in length and the stories genres range from Grind house horror to drama. The director’s influences include Hitchcock, Twilight Zone, Outer Limits, Night Gallery and Tales from the Darkside.

Welcome to Dreadville is a surreal look into the inhabitants of the small town just outside the city of Chicago, where thugs, gang bangers and murders are above the law. Once Dreadvilles gangs battled in the streets, but after dividing the territory and developing a truce, they made Dreadville a haven for crime. Suddenly the Syndicated Mafia begins to witness the potential of Dreadville’s market and they move in to set up shop. Their motto is “Join or Die” but when the gangs of Dreadville push back,all hell breaks loose.

A debut short film from filmmaker JP titled “The Lottery”. As we are told, this short was produced by Triskelephant, an independent film company located in Chicago. This little diddy runs 42 minutes about a boy name Josh down on his luck. In fact luck is all he lives for as he plays the lottery day in and out in hopes of the “big win” . His rent is 3 months overdue, he owes money to a shadey group known as the “syndicate” and his best friend is in trouble for a botched plastic surgery. It’s a story that warrants a happy good feel ending but in this case it’s more a subtle psychological study in horror.

As Josh, tries to cope with his current situation, he can’t seem to let go of the fact that a lottery win is within his grasp. Spending what little money he has is also no help in his current situation. When his friend comes a calling, Josh is suspicious of his sudden change to unemployment status. Especially since his friend is highly regarded as one of the world’s top place surgeons. An explanation is given on how he didn’t get to finish a recent job, that left the girl faceless.

While the 2 try and avoid their local problems, its apparent that Josh’s friend has more diabolical plans. But it all comes down to fate, karma and intentions.

JP with a budget that barely covers a nice dinner meal succeeds in really putting together a thought provoking story with “The Lottery”. It echoes old school moral tales from series such as Tales from the Crypt though without the budget for name actors and fancy camera work. I think it’s fair to say that while we sometimes hold productions against filmmakers, if it lacks a story then the interest also tends to waver. JP, delivers the goods with a great little story that should serve as an example to filmmakers “with” budgets that disappoint with lame scripts. This one is worth a look and has all the makings of a future storyteller to watch out for.