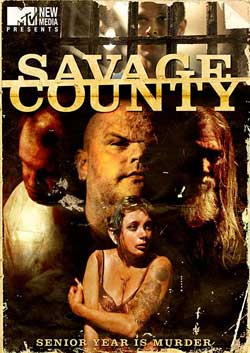 About a group of teens who collide with their town’s dark past when a prank gone wrong makes them the target of a family of bloodthirsty killers.

MTV seems to be making their contribution to the horror genre as of late. Savage County is the latest which takes on a familiar theme of psycho country folks gone wild on young teens. As we find out, its senior year and a group of close friends with an interesting mix of personalities gather together for a road trip. The destination is a tucked away swimming hole that one of the group has carefully chosen as the prime road trip location. Ya, back in them dar woods lives some country folk who don’t take kindly to strangers. Well as they stop by the house for directions, they are greeted by an old geezer sporting a shotgun. One things leads to another and one of them decides that a shovel to the head is just thing that shotgun that the old guy needs. Though of course in the movies, the inevitable happens…grandpa dies and the rest of the family find his body when they return.

Now, at this point I could probably write this review without watching any more of the film. This is not because its a bad film, its because these formula premise films are predictable and roll thru with the precision of a made for horror manual. As I look into the films background, I find that the 72 minute feature is actually a collection of its TV series parts, now turned DVD.

The family in question call themselves the Hardell’s and seems to have there share of ugly stick features. There is a vat of some kind of liquid that they keep throwing kids into and the motive here seems to be, don’t kill family and expect to get away with it. I’m ok with that as a motive, but the corrupt sheriff connection is a bit too clique for my tastes.

Directed by David Harris, its’s clear he is in tune with the hipper crowd market in this new release. We can check off key gen-x moments tying familiar technologies, skyping, texting, video game playing, and a inserted girlfriend with her own online skype show as well. These elements simply tell us that your watching a 2011 age film and these are the trends that kids these day participate in. While the influences are certainly here with a tip of the hat to Texas Chainsaw meets Hills have eyes meets….all those kids in the wrong place films, we have to constantly ask the question, Are we tired of this routine being marketed to us? The films has its share of visceral kill them bloody teens moments and the inbred family seems appropriately weird and distant, however we have visited this set before and probably will many more times this year.

Savage County is shot well, features some fancy editing and feels like a MTV style film that is too edgy for TV. With that said, its worth a watch and younger audiences will probably have a stronger affinity than us old school seen-all-the-70’s-horro -films-guys.

The cast features an ensemble team starring Ana Ayora, Justin Brown, David Caffey, Melissa Cardell, Ryan Carter and Patrick Cox. Teens are killed off pretty much in head count fashion making the Friday the 13th team proud. The films main creepsters fall under the names of Willard, Kasper and Orry….They’ll leave the light on for ya. 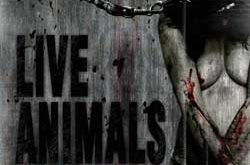 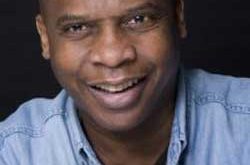 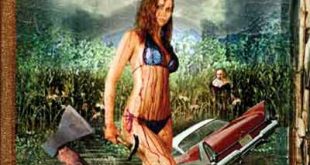