13. I Walked with a Zombie (1943)
This movie is basically Jane Eyre in the West Indies with a touch of voodoo thrown in and it relies mostly on merging the dichotomies it spent so long building up: voodoo/Christian, black/white, dead/alive, magic/science. This sense of ambiguity is the only unsettling force in a too-literal plot and otherwise tame film.

12. Invasion of the Body Snatchers (1956)
Yes, the remake is better (two words, one amazing man: Donald Sutherland), but let’s give the original its due. Not many can effectively portray two sub textual meanings. The first, anti-Communism brought on by the Cold War, and the second, anti-McCarthyism. It can embody (see what I did there?) these two subtexts because it perfectly articulates fears of conformity and depersonalization. Mostly, though, the film’s doppelganger theme suggests that its characters’ fear of their own desires allows their undoing—the pods. Pretty deep stuff for 1956. 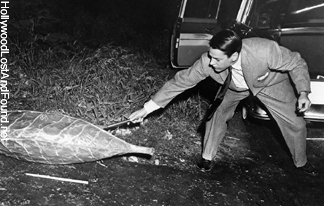 11. The Quartermass Xperiment (1955)
An astronaut painfully transforms into a cactus-like squid creature that threatens to destroy the entire planet. Awesome. 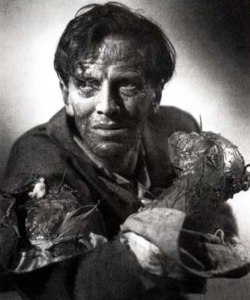 10. The Beast with Five Fingers (1946)
This film showcases Peter Lorre’s uncanny ability to portray insanity—who else could interact so chillingly with a crawling hand? More impressive than this is the film’s blending of Agatha Christie mystery, horror, and drama. There are also nods to The Cabinet of Dr. Caligari.

9. Cat People (1942)
They made—remade—this film with the ever-so-amazing Malcolm McDowell, so the original must be great. Oh, and its main theme is the violent tendencies, or possible violent tendencies, of women who become overly sexed. It’s part cautionary tale, part horror story, part absurdist comedy, and all awesome.

7. The Mummy (1959)
This is the first—and best—of Hammer’s Mummy movies. Though it does little to add to the plot of its Universal predecessor, it is more visually striking features more monster, which is always good. 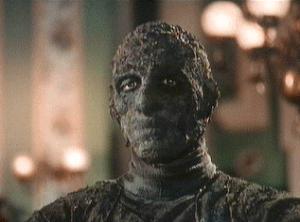 6. The Curse of Frankenstein (1957)
Hammer’s first Frankenstein picture and a film that brought about the British horror boom. The most remarkable part of this movie is Peter Cushing’s performance: he is much c**kier than Colin Clive’s good doctor, and as such more menacing than sympathetic. That does not, however, make him any less likeable (Peter Cushing is one of the best). But let’s not forget the great Christopher Lee’s turn as the monster. In this film the creature’s look is more decayed and cadaver-like than Jack Pierce’s infamous make-up, but Lee brings the same sadness and vulnerability to the role that Karloff did.

5. Dracula (a.k.a. Horror of Dracula, 1958)
Rounding out Hammer’s reimagining of the Universal Classics is Horror of Dracula, a film that made Christopher Lee a star and is a direct throwback to early cinema. The film is decidedly gothic and just as intricate as Browning’s 1931 masterpiece, but more lavish as it sports color. The plot of the novel is mangled even more than the versions previously seen, but also highlights the merging of sex and blood that is at the heart of Stoker’s novel. Also, Lee’s Count Dracula is more in line with Frank Langella’s 1979 incarnation, but more menacing than any Dracula that has stalked across the screen—then or now. All in all, the film is remarkably satisfying.

4. Diabolique (Les Daiboliques, 1955)
Supposedly a film that “out-Hitchcocked Hitchcock,” this film does have suspense and a twist ending, but a Hitchcock it is not. End of story. But it’s still wonderful. 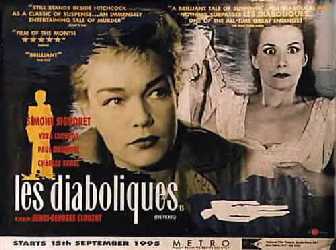 3. Eyes without a Face (Les Yeux Sans Visage, 1959)
With this film director Georges Franju did something amazing—he made a thoughtful, adult horror film. It deals with guilt, the objectification of female beauty, plastic surgery, scientific abandonment of morals for personal gain, and exploitation. Not bad for 1959, eh? Not bad for a film that, superficially, seems to be about a guilt-ridden doctor who wants to replace his daughter’s face, after she is disfigured in a car crash, with the faces of helpless victims.

2. The Creature from the Black Lagoon (1954)
My father is probably the reason I love horror so much—he’s been showing my genre classics for as long as I can remember (my mother introduced me to Stephen King, which brought about something else entirely!). The Creature from the Black Lagoon holds some of my fondest childhood memories: instead of butterfly kisses or some ridiculous, mushy pre-bedtime ritual, my Dad would carry me to bed like the Creature carries Kay. So I get sentimental about this film. However, my bias is not unjustified. The imagery in this film is outstanding: the Creature swimming underneath and reaching for the girl in the white swimsuit is nearly poetic. Oh, and the Creature was designed by a woman, Millicent Patrick, which is not common knowledge, though it should be.

1. The Wolf Man (1941)
Lawrence Talbot may be the love of my life. The Wolf Man is the first horror movie I remember seeing, and it has always been my favorite. Lon Chaney Jr. is so magnificent I can barely describe it. What makes this movie—and the character of Talbot—work so well is that they are immensely tragic. Lawrence is plagued by something that is truly out of his control, and no one believes him. He asks for help, but everyone thinks it’s all in his head. There is also a melancholy that shadows (but doesn’t overshadow) the plot. Plus, Pierce’s make-up design is phenomenal—it has just the right blend of man and monster. The remake (all hail Rick Baker!) is much better than people say it is. But this film still works on every level: its potency hasn’t faded, which is something few of the films made in the first few decades of cinema can boast. 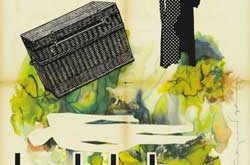 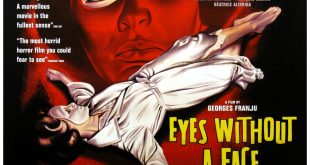 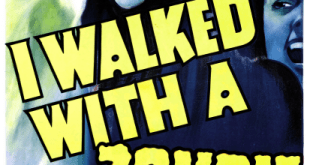