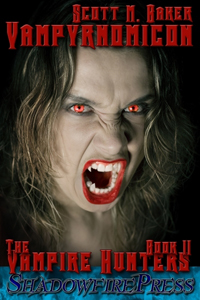 Within the vaults of the Smithsonian Institute lies the key to finding The Vampyrnomicon, or The Book of the Undead, that contains the history and secrets of the vampires. According to legend, whoever possesses the book can establish a vampire nation on earth – or destroy the undead once and for all. With an opportunity to end the war against the undead so close, Drake Matthews is determined to find the book.

But the vampires also want The Vampyrnomicon. When Master Chiang Shih and her coven of the most powerful and dangerous vampires arrive in Washington to claim the book as their own, the hunters find themselves facing their most deadly enemy yet. With the stakes so high, so is the ferocity of the struggle.

I read and reviewed Scott M. Baker’s first book in his vampire series “The Vampire Hunters Book I” in January of this year and have been waiting anxiously for Book II. The wait is over and was it worth the wait? An unequivocal yes.

Some people might be tiring of vampires and I can see their point. But for me it is not the quantity of vampire fiction that concerns me, it is the quality. Once you weed through all the sparkly, romantic, vampire garbage you will find some really outstanding vampire fiction and Scott Baker’s “The Vampire Hunters” is quality vampire fiction.

“Vampyrnomicon” continues where Book I leaves off and I have to say that Book II is even better than Book I.

It was nice to lose myself in the world of “The Vampire Hunters”, the characters are still fresh and growing into their roles. Drake, Allison and Jim feel like old friends you haven’t seen in a while and once I settled comfortably into the book I realized,  damn I missed these characters.

Mr. Baker has expanded the story line substantially with a group of new vampire masters that are lusciously evil and decadent, as all vampires should be. He also delves into the back history of the vampires with a series of flashbacks that greatly adds to the details of the story.

“The Vampire Hunters Trilogy” is a must read for all vampire lovers. Book II is full of great characters, action, blood, carnage and some of the most evil vampires this side of Brian Lumley’s “Necroscope” series and I highly recommend it.

Just use the links above to purchase a copy and if you are a vampire nut as I am, you will not be disappointed. 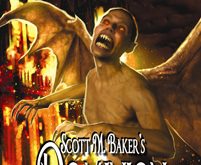 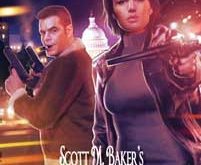