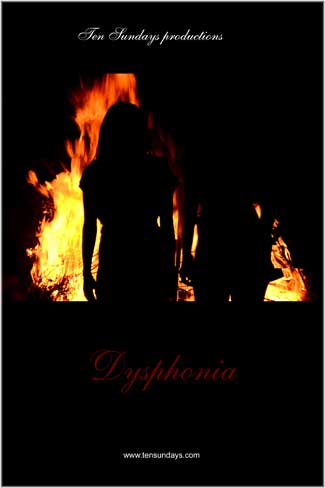 Dysphonia is an upcoming feature length horror film currently in development from Ten Sundays Productions. The script was written by Paul Busetti and production is planned for late 2011.

The scene shown in the teaser is taken directly from the script and is an introduction to the twin antagonists of the film. It was directed/edited by Paul Busetti (Cannibal Cheerleader Camp, Zombthology), photographed by John Michael Whalen (The 8th Plague), and produced by Chris Kiros (Zombthology, Deadlands II).

SYNOPSIS
WHEN INSEPARABLE TWIN SISTERS SAMANTHA AND SOPHIE MAKE A NEW FRIEND WITH BETH, A MUTE GIRL NEW TO THE NEIGHBORHOOD, IT EXPOSES CRACKS WITHIN THEIR SEEMINGLY IDYLLIC LIFE. REUNITING YEARS LATER, THE TWINS PLOT A HORRIBLE REVENGE ON THE GIRL THEY BLAME FOR DESTROYING THEIR FAMILY 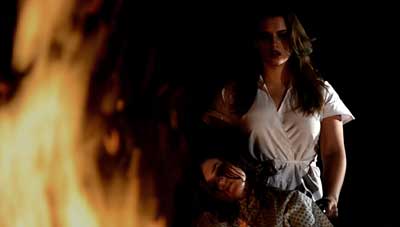