New Film From The Co-Director Of Cult Film ‘Long Pigs’

Toronto, Canada, January 21, 2011 – The co-director of the cult feature film, Long Pigs begins production on his next project February 2011.

‘A Cooling of The Blood,’ written and to-be directed by Nathan Hynes is a short format psychological thriller. The story deals with the consequences of a man who has murdered his wife in a tragic crime of passion. Chris Bridges, FX specialist is on board and the talented young cinematographer Ben Lichty will shoot the project. Triple threat editor, animator and musician Dean Tzensos
(Ten Kens) has signed on as editor and will compose the score with Chris Slorach from Metz and Arts & Crafts. The lead character will be played by award –winning actor Gord Rand.

Tags A Cooling of The Blood Long Pigs 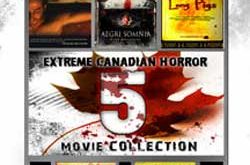