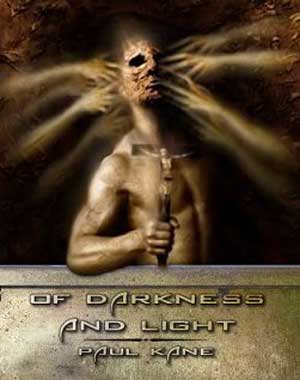 OF DARKNESS AND LIGHT

“Light can penetrate the dark, but the dark is powerless in light.”

What a pleasant surprise this book ended up being.

Initially, I was requested to review a PDF version, which has grown to be a huge red flag for me. Say what you will about the electronic future of media (though you should be prepared for my communistic views on DRM), but my experience has yielded little out and out success with books that are only available in that format. The lack of a concrete copy speaks of a lack of commitment on the part of the publisher and if the publisher doesn’t have faith in it, why the hell should I? Sure, it was an advance copy (the hard copies had not been printed yet) and, sure, Paul himself felt strongly enough about getting it reviewed that he sent me a printed version but I was still staring at 79 letter-sized pages in a plastic binder. As far as I was concerned, the best I had to hope for was the opportunity to be a snarky asshole in the review.

Then I started actually, you know, reading the damn thing.

First off, Paul put together one of the best prologues I have read in quite a while. It was gripping, powerful and had me damn near quaking with anticipation. Pulled from the simplest of situations: an eight year old boy, alone, in bed, in the dark, who is certain that something is in the room with him. All it took was somewhere around six to seven hundred words to have me doubting my d*ckish predisposition.

What we have here, my friends, is Lee Masterton, your average, everyday young guy. His long-time girl just dumped him, he can’t find a decent job and he’s stuck living with his parents. He is also inexplicably afraid of the dark. Or at least his fear is inexplicable until the night working security at a construction site. The night everything changed for him. The night he first caught sight of the things in the dark as well as the things in the light which fought them.

With my super-psychic abilities, I can sense your thoughts: oooh, another dark versus light story. Why not just name the sides “good” and “evil” and be done with the oversimplifying? I was thinking pretty much the same thing and was near to overflowing with spite and giggles once angels and demons were mentioned. The cover art, with its prominently placed crucifix, didn’t make it any better.

But I was still hooked. The story was flowing smoothly and damn if I hadn’t gotten to like Lee a bit. Something must be said for Paul’s effortless pacing and prose that generally flows like a nice, cool vanilla smoothie.

Then it happened again.

Paul managed to take all of my expectations and punch me in the face with them. I’m not a fan of stories that are based on a twist or shock moment, because they tend to come across as cheap and unnatural. The only time when they do work are those times that the twist is not central to the story. Sure, it should twist your perspective on prior events, but it shouldn’t dictate the entire affect of the tale. That is the case here. Paul does not misdirect the reader in order to hide the truth of the situation. Instead, they simply draw the conclusions many people would be likely to jump to in their place.

Yep, this is still a story of good versus evil and it does turn a bit old-school super-hero  near the end. It doesn’t break any major structural or emotional walls and certainly did not blow my mind into little chunks. But it is incredibly entertaining and I enjoyed every minute of reading it.

That crow is mighty tasty if you put enough hot sauce on it.
Available from Thunderstorm Books 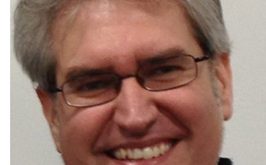 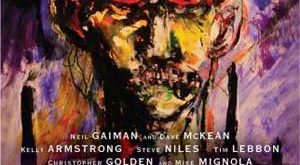