It’s been awhile since my last column and I apologize. The turmoil and tragedy of everyday life is trying to hamper me and my ability to reach out to the masses. Enough about me, let us dive straight into what we are all about – This column is going to feature the Warwick book,

I recently had the pleasure of interviewing both Kathleen Marden and Stan Friedman, authors of the book Science was Wrong. This is a fantastic thought provoking book that I highly recommend and I’m proud to be interviewing both of them here for Horrornews.net Mike Joy: What has compelled you to dive into such “Truths” and divulge the true matters at hand?

Stan: We have found way too many people who are misinformed about the reliability of the pronouncements on high from well educated scientists speaking about things about which they know very little but delaying progress and benefits to mankind in many areas. If we don’t learn from the past, we are doomed to repeat it.

Mike Joy: About what age were you when you first began questioning the legitimacy of what we are being ‘learned’ to know?

Kathleen: I (Kathleen) was raised in a traditional family and did not question authority prior to my aunt and uncle, Betty and Barney Hills’ UFO experience on September 19/20, 1961 (see Captured! The Betty and Barney Hill UFO Experience) by myself and Stanton Friedman. Because my aunt and uncle had observed an unconventional craft that hovered only 100 feet above their vehicle and emitted code like beeping sounds that caused their vehicle to vibrate and for a tingling sensation to pass through their bodies, I expected the US Air Force to report that they had had an encounter with a UFO. Barney had observed figures through the brightly lighted windows that were “somehow not human.” However, a cover-up ensued and the close encounter was at first explained as an advertising signal, then the planet Jupiter, Finally, it was categorized as “insufficient data.” I knew that this was a lie and as a teenager I was both shocked and dismayed. This one event caused me to question the legitimacy of statements made by authority figures.

Stan: I was about 9 when a teacher claimed the planets in the solar system moved around the sun which stood still. I protested having just read an article in an encyclopedia that the whole solar system moved around the center of the galaxy at 12 miles per second. She chastised me. I brought in the volume the next day and she reluctantly agreed. I learned to have facts in hand before putting mouth or pen in gear.

Mike Joy: Do you think some of the topics presented in this book will provoke emotions amongst some? And if so, is this something you were trying to do?

Kathleen: We both had strong emotional reactions to some of the information in our book. For example, the insidious agenda of the Eugenics Movement in America that gained widespread popularity and resulted in biased mandatory sterilization laws that were then carried to Nazi Germany is gut wrenching. “The Hemophilia Holocaust” demonstrates the tragic results of political posturing and decision making based upon the profit motive rather than the common good. Both chapters give the reader insight into the consequences of politically influenced scientific agendas.

Stan: I certainly hope people will recognize the many times they have been given false information about the world about. Some will be angry about their personal beliefs (nothing to UFOs or abductions, global warming is a big disaster, Cold fusion is a fraud etc.etc) being shattered. Helps get people off their duff.

Mike Joy: On the other side of the spectrum, do you think this piece will persuade some “nay-sayers” to become more open-minded towards such ideas, theories, cures, etc…?

Kathleen: Our book reveals the many reasons that the individuals we call “the impossibilists” fail to examine the evidence in a scientific and unbiased manner. Perhaps some scientists who are not already entrenched in the zeitgeist of the old guard will gain insight into the subjective nature of the human side of science. I hope that this will be the case.

Stan: I think most people are relatively open minded and will listen to solidly based and referenced discussions.After700 lectures I have faith if they are given the facts. Of course I am aware that debunkers are generally not interested in facts and do their research by proclamation and cannot be swayed by reason or data.

Mike Joy: You say you were a Nuclear Physicist for 14 years. Do you think people you have worked with previously would support or oppose your findings?

Stan: I have given many lectures to professional groups such as sections of the American Nuclear Society, The American Institute of Aeronautics and Astronautics, the Institute of Electrical and Electronic Engineers as well as other engineering societies. The response have been overwhelmingly favorable.. In more than 700 lectures (mostly at Colleges) I have had only 11 hecklers of whom 2 were drunk. And I come on very strong.

Mike Joy: I actually was reading some reviews, and one in particular was really quite rude… It basically states what’s in the book is common knowledge to any student in school… How do you respond this, as I assure you, I know how I would respond, wink, wink!! …I personally feel this book has opened my mind/eyes to lots of possibilities that I had otherwise shut out due to what is being ‘fed’ to us, so to speak.

Kathleen: Although the reviews of our book are overwhelmingly positive, one writer chose to denigrate Stanton’s work in is a thinly veiled personal attack. It is apparent that he hasn’t read Science Was Wrong because his comments are inaccurate and misleading. He also assumes that Stanton Friedman was the major author and this is also incorrect. I (Kathleen Marden) wrote a full 50% of the book. (My online search for him turned up zero results and Stanton has no recollection of ever taking part in an interview with him.) One writer replied to the negative review as follows: “Thanks C. Parker! Well, apart from a completely speculative & derogatory personal summary of the author and his colleagues, this is just another hot winded Ad hominem attack. How utterly lame. Did you have anything useful to state here with respect to the book you DID NOT review in the least? I didn’t think so.” Another reviewer wrote as follows: “The writing style is lively, friendly, engaging, dense with fascinating information and quite accessible; I found it quite captivating. This book can be enjoyed by anyone, no matter what their beliefs are about paranormal phenomena. This includes science buffs and those interested in the history of science, particularly how new discoveries can be suppressed/ignored/disbelieved until the evidence becomes extraordinary.”

Stan: There are definitely a small number of nasty noisy negativists who can’t stand the notion that they have taken positions that are based on bias, prejudice and ignorance. I have done dozens of radio interviews and met hundreds of people recently in books stores, Roswell, etc. Those who have read the book were quite pleased and said they learned a lot from the book. “If you can’t stand the heat, get out of the kitchen” Harry Truman said. I won debates with Dr. Seth Shostak and with Dr. Michael Shermer on Coast to Coast Radio and with others at Oxford University. My website www.stantonfriedman.com lists a DVD of a 2 hour college debate “Are Flying Saucers Real?”. Dr. Paul Davies refused an invitation by C to C to debate me ..after receiving a column I wrote about his book ”Eerie Silence”.

Mike Joy: One topic you delved in to that is receiving quite a lot of attention currently, is global warming. I too, feel this phenomenon is naturally occurring and is not because of human err or human negligence, though I’m sure many others do not agree. Therefore, how would you approach and persuade others regarding this?

Stan: I try to explain the facts and the false assumptions made by the Global warmists and get rid of their proclaimed notions such as that the science is done and all scientists agree with them.. I try to explain that there are two separate questions : is the globe warming and is man responsible for the warming… Maybe and no. I also point out that CO2 is not evil, is needed by plants, and is not even the most abundant greenhouse gas.. water vapor is. I also stress how important the variable energy output of the sun is.. always neglected

Mike Joy: Also, do you think you could have gone more into each topic, or do you feel there was enough source/evidence, as to avoid any information-overload for the reader?

Kathleen: We in all probability could have written a full book on each topic. However, our publisher set a word count limit, so we prioritized our content and focused upon the most interesting and relevant information.

Stan: We had to cut quite a bit because the publisher set a word limit. But I think each chapter made a good story as it is.

Mike Joy: Are there any other book/s you are currently working on or will be working on in the future? If so, what are they, and when can we expect them to be released?

Kathleen: Stanton and I are currently focusing upon promoting Science Was Wrong through magazine and radio interviews, book signings, and speaking opportunities at a variety of conferences across the United States. Stanton will take the news to France in September and Saudi Arabia in January. That said, we are both looking forward to collaborating on another book when time permits. We pride ourselves as unbiased, meticulous researchers who work together compatibly to produce fascinating materials that we hope are both stimulating and accessible to our readers.

Stan: No definite plans at this time.. too busy promoting this book. There may well be a movie Majic Men based partly on my book “Top Secret/Majic”. Kathleen and I have talked about a second volume of Science was Wrong cases. And I have vaguely thought of a biography of Harvard Astronomer Donald Menzel who posed as a UFO skeptic but was a member of a TOP SECRET group which knew a great deal about them.

Mike Joy: And lastly… Thank you for taking the time out for this interview. It was a pleasure. Would there be anything you would like to say to your loyal readers?

Stan: We would like to thank all of our loyal readers for supporting our work. Without you, it would be difficult if not impossible to present true, unbiased information to the public.

Kathleen: I want to thank-you for inviting me to participate in this stimulating discussion. Please visit my Web site at www.kathleen-marden.com Kathleen Marden

Stanton: You are welcome. Be careful when prominent scientists speak out strongly about topics about which they know very little such as SETI specialists who refuse to look at the UFO evidence. Stan Friedman

Please check back soon as I’m going to have another interview posted here with the author for another Warwick book release, CRASH : When UFO’s Fall From The Sky!

July 7th, 2010 – Xiaoshan Airport in China was shut down for an hour as a UFO loomed overhead. Investigators were baffled at this object and it’s bright lights, speculations point towards maybe a military craft but at this point nothing can be confirmed. Air traffic controllers had to re-route fights from landing and ground flight from taking off. You would think if it was military, they would not put an major airport at risk. I think we can label this one…. Unexplained Confidential. 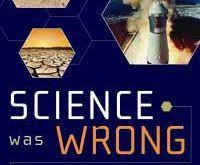