Written and directed by Amanda Gusack, IN MEMORIUM spent years in development and finally, after successful test views of the first fifteen minutes, the atmospheric film is now available for download on IndieFlix.com.

“Two months after being diagnosed with terminal cancer, Dennis Wade, a struggling filmmaker, decides to document
his illness. Still free from symptoms, he and his girlfriend, Lily, sublet a house and install motion-triggered security
cameras throughout. Two days later…the cameras capture something unsettling: Noises and movement in empty rooms. The next morning, Dennis’ cancer begins to advance at an inexplicable rate.

As Dennis worsens by the day, he and Lily discover the horrific source of the disturbances. With his time running out,
they must make a decision: Leave the house and save her life…or stay…and save his.” 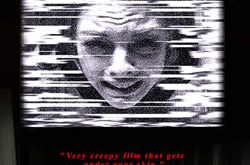