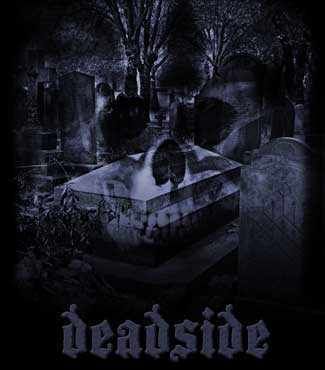 Be a part of a groundbreaking new Australian TV show being produced by SL8IT Productions in partnership with VODO. Deadside is a supernatural TV show based on Voodoo mythology. Combining drama, action and comedy, deadside is as entertaining as it is addictive TV viewing.

Set in the western suburbs of Sydney, the show centers around Sara, a lonely teenage girl with a special gift. She is obsessed with death and the occult, particularly Voodoo mythology. She plays around with Tarot cards, Ouija boards, and recently has started hearing voices. Her friends make fun of her, her brother thinks she’s crazy and her parents want to commit her into a mental asylum. She doesn’t fit in anywhere and wishes all her problems would go away. Then one day a young man named Boli Shah contacts her.

Shah warns her that she is in danger, that a man named Baron Samedi wants her dead because she is an ancient Voodoo warrior named Ogunte. Samedi, guardian of the underworld, has risen into the world of the living. His aim is to destroy all the paths leading to Yemalla, the goddess of liveside, so he can kill her and let deadside rise up and take over the world.

Want to know more?
deadside is a new Australian TV concept that will create waves on local shores and beyond. Combining ancient mysticism teamed with the fast-paced action and the special effects of today, deadside takes the supernatural TV genre somewhere it hasn’t been before. Think a homegrown Buffy meets Supernatural with edge and sustainability.

deadside is currently being developed by SL8IT Productions in partnership with VODO. VODO is an international distributor of Creative Commons works, which has been in development since 2008.  With it’s finger on the pulse of public demand and a knack for investing in the next hit, VODO was produced in conjunction by the Channel 4 British Documentary Film Foundation, with the support of Arts Council UK, Emerald Fund and Goldsmiths College, London. VODO’s extensive list of successes include The Yes Men Fix The World, which was viewed over 650,000 times and Pioneer One, which was viewed over 2,000,000 times and won the prestigious Best Drama award at the New York TV Festival.