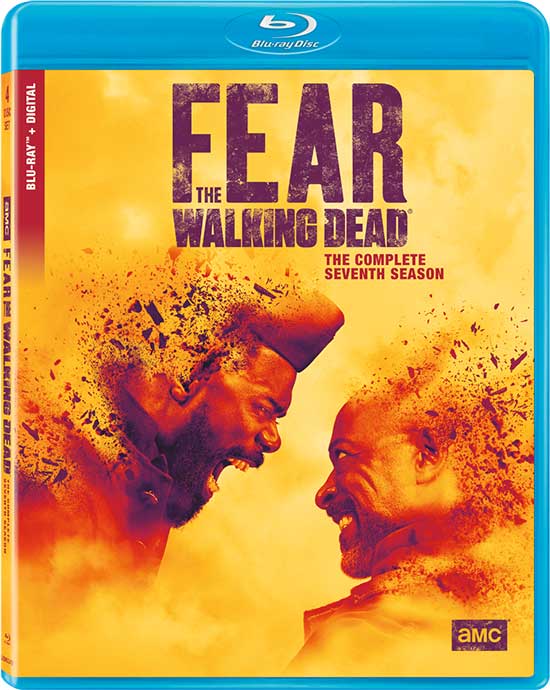 The follow-up to the world’s most in-demand TV series, “The Walking Dead,” “Fear the Walking Dead” Season 7 arrives on Blu-ray™ + Digital and DVD January 10 from Lionsgate.

OFFICIAL SYNOPSIS
Teddy (John Glover) brought about his vision of “The End” when he detonated nuclear warheads across the Texas landscape, but it will be up to the survivors to decide what “The Beginning” will look like. In this world devoid of light and hope, where the outside air is just as deadly as the walkers they face, the ones who lived will find out who they really are and what they’re really made of. Some will rise to the occasion. Others will find new purpose. Still others will redefine themselves – even if it comes at a terrible cost to those they once considered family.