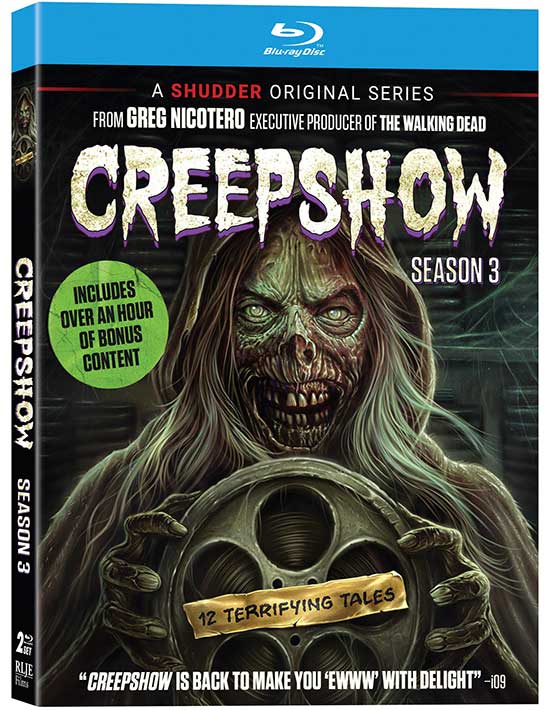 “Creepshow is back to make you ’ewww’ with delight” – io9

RLJE Films, a business unit of AMC Networks, has picked up select rights to the horror series CREEPSHOW 3 from Shudder, AMC Networks’ premium streaming service for horror, thriller and the supernatural. RLJE Films will release CREEPSHOW 3 on DVD and Blu-ray on December 6, 2022.

CREEPSHOW, the anthology series based on the 1982 horror comedy classic, is still the most fun you’ll ever have being scared! A comic book comes to life in a series of vignettes, exploring terrors ranging from murder, creatures, monsters, and delusions to the supernatural and unexplainable. You never know what will be on the next page…