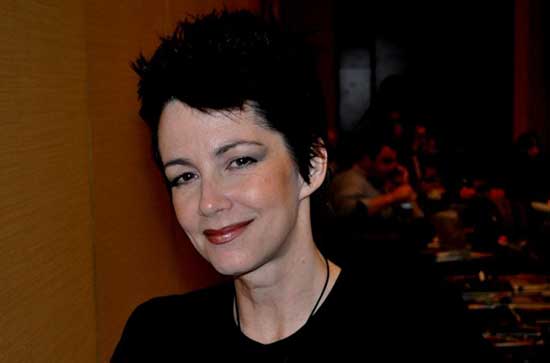 Actress, Scream Queen, producer, Debbie Rochon is an ICONIC Legend. Debbie talked to me for Horrornews.net about her new film, Mystery Spot, and so much more.

From director Mel House, and starring Graham Skipper (Re-Animator: The Musical), Lisa Wilcox (A Nightmare on Elm Street 4-5), and scream queen Debbie Rochon, experience the terror of The Mystery Spot this October.

A number of lost souls find refuge in a small motel in the middle of nowhere, its only distinguishing characteristic being the ruins of an old Mystery Spot—a long-dead roadside attraction with strange metaphysical powers. Nathan and Rachel find solace in one another, both attempting to escape dark pasts that seem to be using the Mystery Spot to go from being painful shadows of their lives to very real entities of the present. Everyone at the Mystery Spot will be affected by its unique properties, but only some will survive its reality-shattering implications.

Hi Debbie, it’s such an honor to talk to you. You always play such amazing characters. Please tell us how you got involved in The Mystery Spot?

Debbie Rochon- It’s such a great script and so different for Mel [Director Mel House], because he’s done Psychic Experiment, and a lot of stuff that leans towards a Hellraiser/sci-fi vibe. I did a movie with him since Mystery Spot that is semi-biographical and it has horror elements and comedy. Mystery Spot is so unusual for him because its more of a spiritual, mystical, head trip kind of movie in a different way, not in the H.P. Lovecraft pentacle way. It’s more of a haunted movie. When he was putting it together, he just called me up because we’ve done a few things together. He includes me in pretty much everything he does, so, that’s cool of him. He gives me roles that are so different. I play a cop, and it’s a side character but it’s an interesting character [Debbie Rochon portrays Hanlon in Mystery Spot] because she doesn’t get sucked into the world of the Mystery Spot. It was really cool to go down to Texas and work with everyone. It’s always such a pleasure to work with Mel. He’s so talented, it’s ridiculous. We we’re in Texas, in the middle of nowhere at this motel, and it was so hot. It’s hot in Texas but there was this ridiculous heatwave. The set they built was in this… middle of nowhere field, and by the time we shot everything we had all these hot weather creatures like banana spiders, and stuff that freaks you out. You would be super freaked out, I hate spiders. We got it done, we got through the heat and the creatures. The beauty of it is, you don’t see any of that, all of the stuff we go through to make a movie. 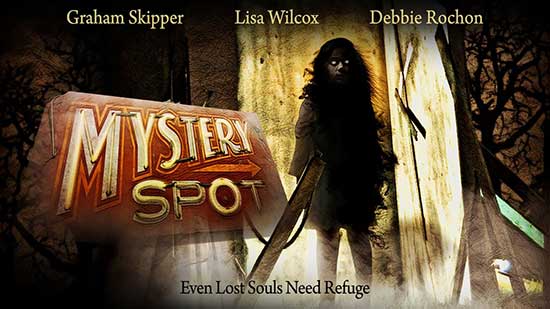 I talked about this before, the entire process of making a movie. We see the movies and shows, and all the movie magic. No one really sees everything that everyone goes through from start to finish. It’s an amazing process and a lot of work.

Debbie Rochon- It is, you are so right about that, and from his standpoint all the stuff he has to do prior to getting onset. That is enough to make anybody exhausted.

What was it like for you working with this cast? All of you did an amazing job.

Debbie Rochon- It was a really special movie. I was not there for some of the actors’ scenes, and they are so good. I was there with a few of the actors. It’s funny because I spent so much time with Lisa Wilcox, I have to think and remember that I wasn’t in any scenes with her. We we’re all living in the motel so, you’re spending so much time with everyone. They are really nice people. It was a beautiful set because there was no ego. Lisa and I sat on lawn chairs well into the night just talking, looking at the stars, just kicking back. This movie is kind of a dream situation. 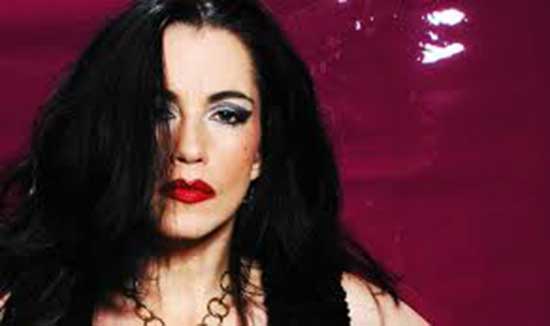 Did you have a favorite moment onset or from the film in general?

Debbie Rochon- I would say my favorite moment on the set would be, the evenings talking with Lisa, and looking up at the Texas sky. That’s something that sits with me. I love horror movies about hotels and motels. It’s almost like a sub-genre. I loved the thought of that. You have the lizards walking around, and the cool Texas sky, the frogs making sounds. It’s such a nice memory. One of my favorite memories from the movie was when I had to walk into the set that was in the field. There was this massive spider, and I don’t like spiders.  I had to go through the scene very close to this spider with no reaction, and as crazy as it sounds just being able to successfully do that. It’s crazy because when you’ve got a massive phobia of something, and you can block it out, it feels pretty successful.

I love the motel because I have such a fascination with buildings and locations. It’s almost as if they become a character within the film.

Debbie Rochon- There are a few things. Mel has another movie that’s in post. It’s about his struggles and experience being biracial. We are working on the world being better. Mel struggled and it’s been written into this fantastic film. That’s really cool, and he got one of his idols to be in it, Angelo Moore, he is the lead singers from Fishbone. He’s like his spirit animal, it’s amazing. He is a true artist, in between takes he wouldn’t sit down, he would sit down at an instrument and play. He would play for himself, he is living his art, and we all don’t get to do that. He lives his mantra, and the way he lives his life. It has to be said. It’s refreshing for your soul and your mind. Frankenstein’s Mobster is an audio drama based on the graphic novel. That’s coming out in October. All of the voice actors in this are kick ass. It’s mind-blowing. There are a couple of projects that I can’t talk about. The Man in Room 6 is amazing. I have my Podcast, there will be films coming out that are celebrating anniversaries.

Debbie Rochon- That’s a terrific question, holy cow. I want people to know that this was such a joy. I don’t really have a lot to say acting-wise.

Debbie, thank you so much. It was such an honor to talk to you. You are amazing, and so talented. Thank you for taking the time.