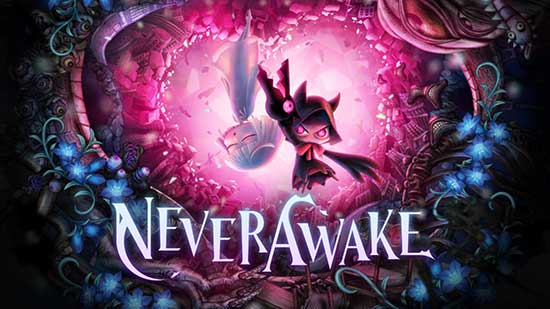 NeverAwake, the nightmarish twin-stick shoot’em up set in a world of a little girl’s fears and horrors, from publisher Phoenixx and developer Neotro Inc, prepares to invade the dreamworld on Steam for PC, Wednesday, Sept. 28, as revealed at Future Games Show at Gamescom.

Rem is held prisoner to a deep slumber and she doesn’t know why or how to wake up. As she attempts to free herself from Morphee’s grip, Rem must face her real-world fears as they manifest as nightmarish enemies. Take aim at monstrous vegetables, face off against terrifying dental tools, and defeat fearsome bosses like the neighbor’s gruesome chihuahua beast while breaking the chains of Rem’s prison one by one in a whimsical, yet creepy hand-drawn world.