Ripped from the Headlines – LOW LIFE Arrives Next Week!

A hunter of sexual predators finds himself caught in a game of
cat-and-mouse when his prey enters his home. 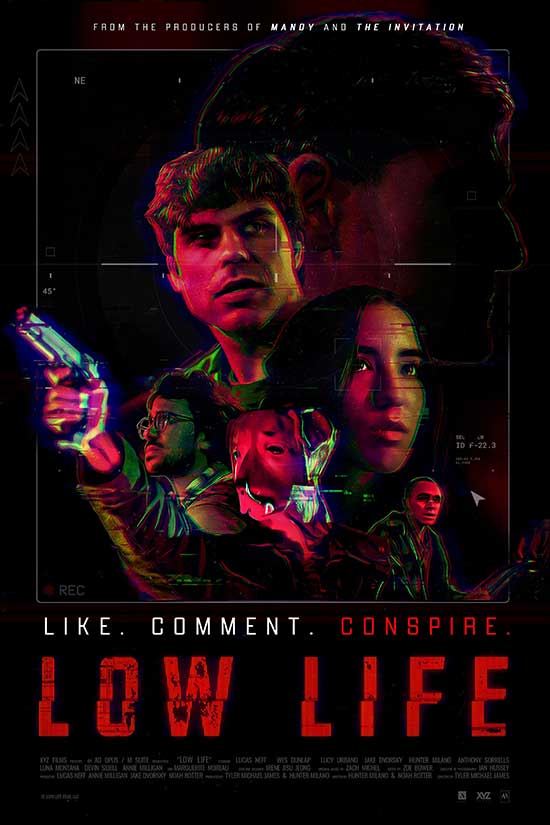 In LOW LIFE, Benny, a small time YouTube star who catches predators online, experiences a night from hell when he lets one of them into his own home.

About XYZ Films
XYZ Films is an independent studio whose mission is to empower visionary storytellers from every corner of the planet. XYZ was founded in 2008 by Nate Bolotin, Nick Spicer, and Aram Tertzakian and has expanded in recent years into documentary, talent management, and distribution. Some of the company’s classic titles include THE RAID franchise, 2017 Sundance winner I DON’T FEEL AT HOME IN THIS WORLD ANYMORE, and Panos Cosmatos’ psychedelic revenge thriller MANDY.
Share