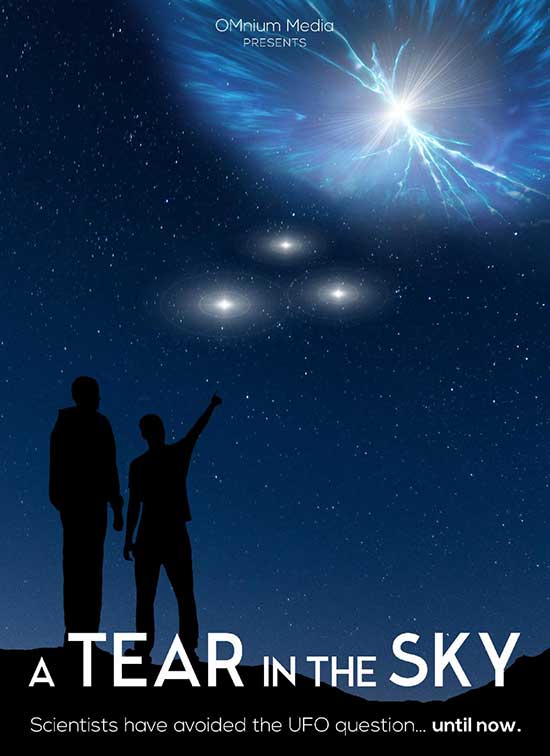 “A Tear in the Sky” ( www.atearinthesky.com ) is a new documentary film which focuses on the UFO / UAP (Unidentified Aerial Phenomena). A team of military personnel, scientists and William Shatner attempt to re-capture, in real time, the US Navy “TicTac” UFOs and other space anomalies, using state-of-the-art, military-grade equipment and technology. What they find instead are thought-provoking clues into the true nature of the UFO phenomenon and the very fabric of our spacetime reality.

Sample Questions
What is your new film “A Tear in the Sky” about and what are five things we learn about the UFO phenomenon?
In 2017, the New York Times came out with an article featuring three leaked videos which implied that extraterrestrials are real and the U.S. government has been tracking them for years. Do you believe this to be true and if so why?
How long do you think UFO’s have been visiting planet earth for and why do you think they are here? Should we view them as a threat?
Is there any technology that you think humanity has acquired / developed as a direct result from observing UFO’s?
Share