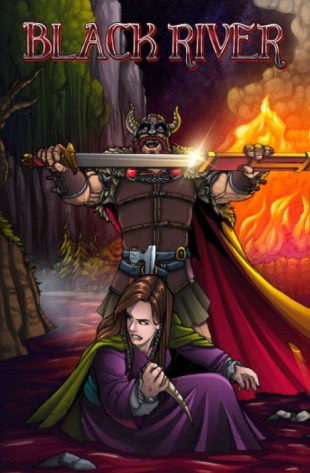 Scattered Comics launches new comic BLACK RIVER on Indiegogo with a portion of the proceeds will go to the Brain Aneurysm Foundation.

A young girl’s Irish ancestors were brutally slaughtered during a gruesome Viking invasion. Her dreams are soon haunted by her ancestors’ past lives, as a series of dark events force her to fight for her life and the lives of the townspeople. Have the Vikings cursed the land?