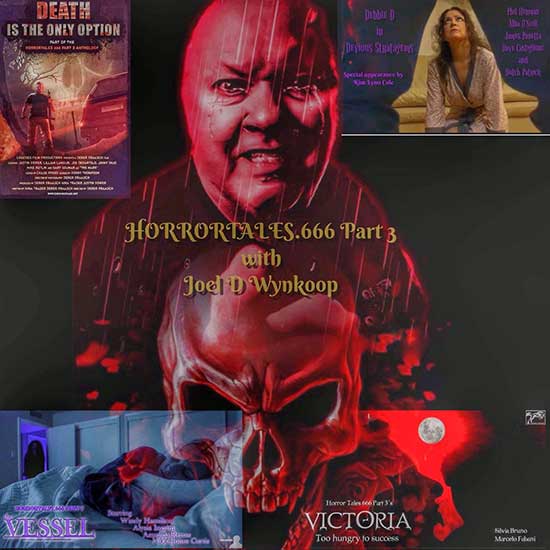 18 years ago A burglar broke into a author’s house. He comes across a computer with all his secret stories. One by one he reads them and slowly is drawn into the terror of each one. Now the Burglar played once again by JOEL D. WYNKOOP is back his old tricks and once again breaks in a house with stories to be told.

I Have been making movies for over 3 decades. Such classics as Burglar from Hell, Arena of Death, The Jacker series to name a few. I am bringing this 3rd chapter of the popular Horrortales to our dedicated audience.

The Horrortales series has been a great opportunity for talented filmmakers (Derek Braasch, Marcelo Fabiano, Anthony Piseno and Phil Herman)to showcase there work. This entry is no exception. We have a great team here and we want to present this movie as best as possible.

Coming late spring 2022 from The Sleazebox.