Get ready to grab your popcorn and favorite snacks – as you will be glued to the edge of your seat with the all-new movie – Eraser: Reborn – coming to Digital, Blu-ray & DVD on June 7 from Warner Bros. Home Entertainment.

The action-packed original movie is the next chapter to the blockbuster hit – Eraser (1996) – and comes out just in time for Father’s Day gift giving!

With The Release on Digital, Blu-ray™ & DVD

25 years after the blockbuster hit, Warner Bros. Home Entertainment will have you on the edge of your seat with the release of Eraser: Reborn, on Digital, Blu-ray and DVD on June 7, 2022. A reboot of the 1996 blockbuster, this all-new action-packed film follows US Marshal Mason Pollard, a specialist in engineering the fake deaths of witnesses that need to leave no trace of their existence. Eraser: Reborn will be available on Digital for $14.99 SRP ($14.99 in Canada), on DVD for $19.98 SRP ($24.98 in Canada), and on Blu-ray for $24.98 ($29.98 in Canada), which includes a Digital Copy (US Only). Pre-orders for the Blu-ray and DVD will be available on March 22, 2022. Eraser: Reborn will be available for streaming on HBO Max in Fall 2022. 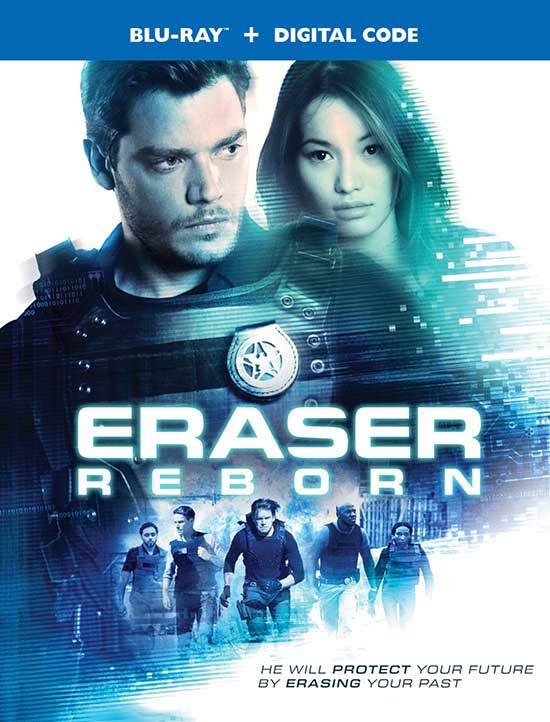 Eraser: Reborn is the next chapter to Eraser (1996) the Chuck Russell directed action thriller that starred Arnold Schwarzenegger as a U.S. Marshall assigned to “erase” the identity of a witness he is assigned to protect. The film also starred Vanessa Williams, James Caan and James Coburn and grossed around $242 million in worldwide box office.

Eraser: Reborn will be available to own on Digital on June 7, 2022. Digital purchase allows consumers to instantly stream and download to watch anywhere and anytime on their favorite devices. Digital movies and TV shows are available from various digital retailers including Prime Video, Apple TV, Google Play, Vudu and others.

Rated R for violence throughout and language