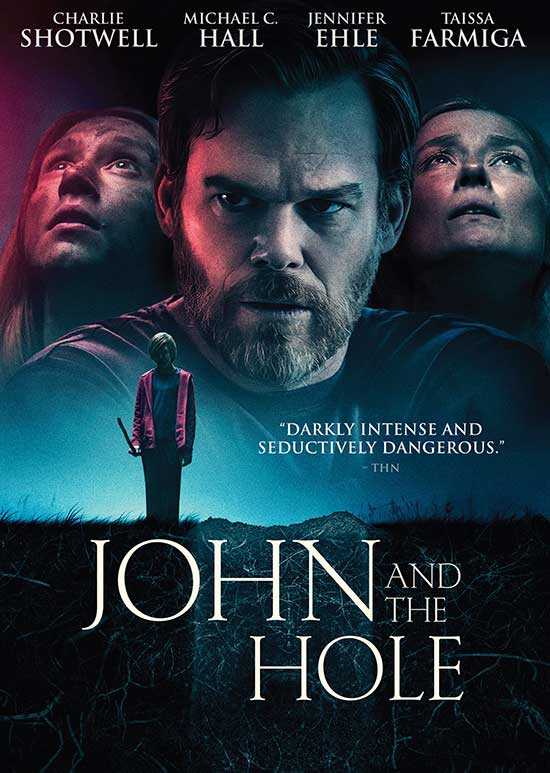 RLJE Films, a business unit of AMC Networks, will release IFC Films’
JOHN AND THE HOLE on DVD and Blu-Ray March 15, 2022!

In this enigmatic and unsettling meditation on adolescent angst, 13-year-old John (Charlie Shotwell) discovers an unfinished bunker while exploring the neighboring woods—a deep hole in the ground. Seemingly without provocation, he drugs his affluent parents (Michael C. Hall and Jennifer Ehle) and older sister (Taissa Farmiga), holding them captive within the bunker. As they anxiously wait for John to free them from the hole, the boy returns home, where he can finally enjoy and explore a newfound independence. Exploring the difficult passage from childhood freedom to adult responsibility, John and the Hole is both a slow-burn psychological thriller and meditative coming-of-age fable, anchored by a chilling lead performance from Charlie Shotwell.