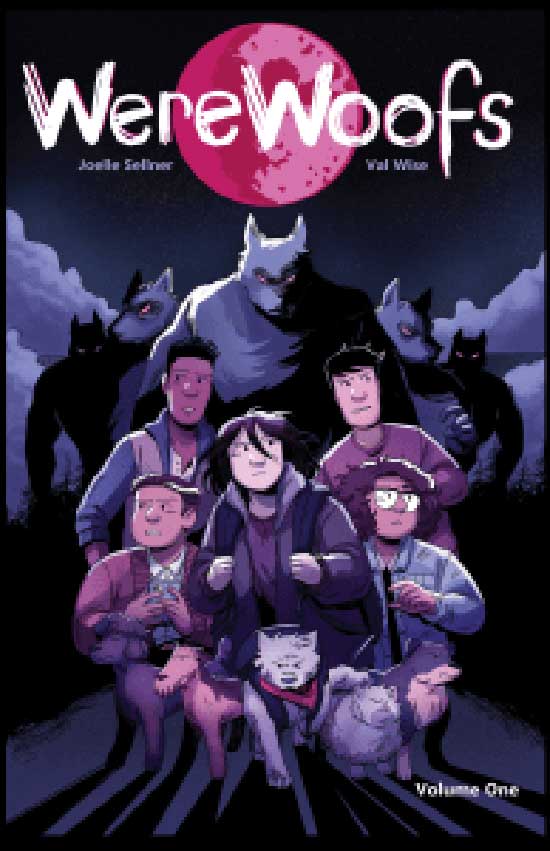 The Pack is officially howling in stores and on Amazon from New Paradigm Studios.  Trailer and Amazon Link Below!  Review copies and intereviews are available.
In the small Midwestern town of Howlett, navigating high school is tough enough. But when a group of friends are inexplicably turned into weredogs, adapting to their new powers proves to be even tougher. This leads to an unlikely friendship with loner Mara, a werewolf whose father has mysteriously vanished. As the high schoolers team up to solve the disappearance, friendships are tested, and secrets are revealed as the Werewoofs prove themselves in an explosive showdown against a dangerous wolfpack and their vicious alpha.
Amazon Link: www.amazon.com/Werewoofs-Joelle-Sellner/dp/1939516803/ref=sr_1_1?crid=XKZVMG5LMCQ2&keywords=werewoofs&qid=1642538219&sprefix=werewoofs%2Caps%2C143&sr=8-1
Release Date: Available NOW
Writer:Joelle Sellner.
Art: Val Wise
Letters: Ed Dukeshire .
Edited: Steenz
Format: Softcover, full color 160 pages
Genre: Drama, Mystery
Share