HOLLYWOOD – “The Electric Man” is a genre-bending psychedelic adventure about Trace McNeil, who experiences a 12,000-volt shock and is thrust into a turbulent world where he can no longer distinguish between reality and fantasy. The film carries a science fiction undertone while mixing dramatic and comedic elements into a mashup of philosophical pining, vampirism, a zombie apocalypse, a twisted love story … and bowling. 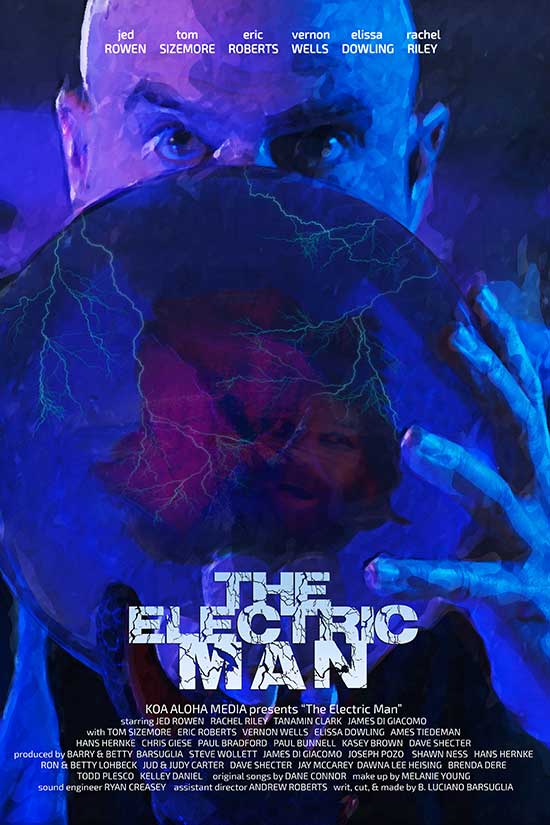 The movie features an award-winning performance from Tom Sizemore (“Natural Born Killers”), a magnum opus from Vernon Wells (“Commando”), and a comedic turn from Eric Roberts (“The Dark Knight”), while starring Jed Rowen (“Pretty Boy”) with an award-winning role of his own, James Di Giacomo (“The Last Son”), and Rachel Riley (“Jurassic City”).

“The Electric Man” has been acquired by Indie Rights Movies for worldwide distribution and will be available soon on major VOD outlets as well as DVD and Blu-Ray physical media formats.