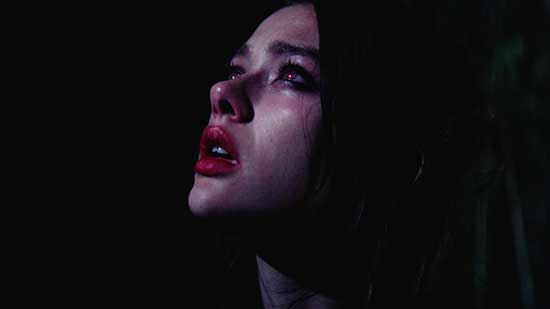 Opens in Select Theaters, on Digital Platforms
and VOD on February 18th

Widowed mother Holly (Sienna Guillory) is radically tested when her teenage daughter Betsey (Jessica Alexander) experiences a profound enlightenment and insists that her body is no longer her own, but in service to a higher power. Bound to her newfound faith, Betsey refuses to eat but loses no weight. In an agonizing dilemma, torn between love and fear, Holly is forced to confront the boundaries of her own beliefs.

Ruth Paxton is a Scottish filmmaker who graduated in 2007 with an MA in Film and TV from Screen Academy Scotland having gained her honours degree at Edinburgh College of Art. Her award-winning shorts have been exhibited and nominated in competition at numerous international events and prominent film festivals. Winner of Best Woman Director at the 12th London Short Film Festival for her film PULSE, and nominated one of Canongate Books 40 Scottish Storytellers of The Future; artists anticipated to dominate the next 40 years of creative life in Scotland. In 2019 Screen Daily featured her as one of ‘Six emerging Scotland based Directors you need to know.’

A BANQUET is Ruth’s debut feature, a psychological horror produced by Tea Shop Productions and Riverstone Pictures. The film is represented by HanWay Films, and was recently acquired by IFC Films for North America. It was selected for the Great 8 showcase at Cannes Marche presented by BFI, BBC Films and the British Council, and will have its World Premiere at Toronto International Film Festival 2021, in the Discovery section.