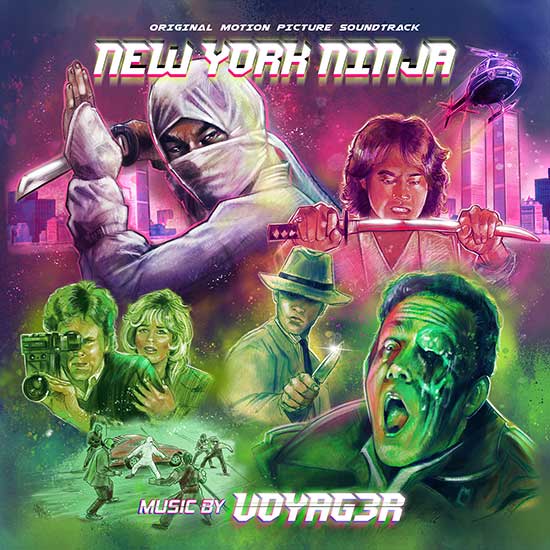 New York Ninja (Original Motion Picture Soundtrack) will be available on all digital and steaming services on January 7, 2022. The 30-track album to John Liu‘s lost 1984 ninja film, New York Ninja, has been available on CD and Cassette since November 1st, with the Plutonium Killer Green cassette since selling out.

You can pre-save the album on Spotify by clicking the box below, then you’ll be notified the moment the album is available for streaming.

iTunes, Apple Music, Tidal, Deezer, Pandora and many more of the world’s most popular streaming platforms will have New York Ninja (Original Motion Picture Soundtrack) available on January 7. If you have relevant playlists, give New York Ninja an add. Don’t forget to pre-save New York Ninja on Spotify. There is one track, Battle on the Rooftop, available for listening now on our Audio page or YouTube.

Vinegar Syndrome Pictures is extremely proud to present this truly one of kind film experience. Restored in 4K from the original camera elements, New York Ninja is finally available in all of its ridiculous over-the-top glory for the first time ever after spending nearly four decades in film obscurity.