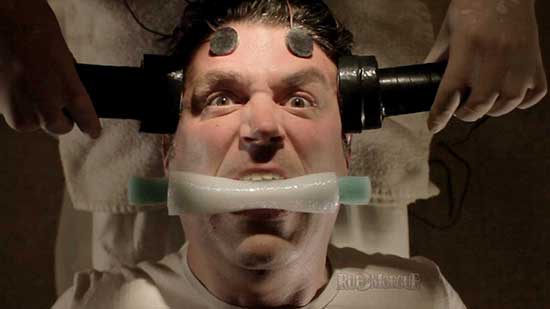 SITE 13, the indie horror film from Nathan Faudree, co-writer of Travis Stevens’ A WOUNDED FAWN, has set it’s WORLD PREMIERE as an official selection of the New York City Horror Film Festival on December 4th at 9.

Filmed over the course of 13 years, Site 13 is a Lovecraftian Cosmic Horror film that truly proves evil never dies. Begun as a found footage film in 2003 under the direction of Tony Urban, the mostly improvised movie was filmed and then due to Urban’s retirement, shelved. Flash forward 13 years and lead actor, Nathan Faudree, was still haunted by the work that everyone had done for the film. “I contacted Tony with an interesting idea. Let me write and film a present day portion of the movie and use the old footage as a kind of flash back material.” Urban quickly agreed, happy to give the film a new life. Faudree set about crafting a script that incorporated the footage into a present day story.

The present day portion was filmed over the course of a week in the Syracuse area using an incredible crop of regional theatre talent and the crew from WatchWorks Studios led by Chris Steinberger and Megan Piechowicz.

For post production, indie horror star Alan Rowe Kelly was brought on as a Producer and editor giving the film a whole new scope with his invaluable storytelling skills. A couple additional days of photography and three more years of crafting two films into one has led to this cosmic horror film that explores, myth, legacy, and madness over the course of more than a decade.

New York City Horror Film Festival on December 4th at 9:00pm as a part of program 8. The festival is virtual this year because of the ongoing COVID crisis but tickets are available world wide for the virtual screening.